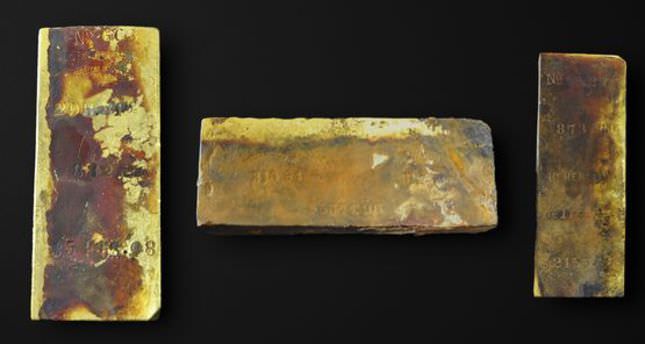 by Associated Press May 06, 2014 12:00 am
HARLESTON, South Carolina — An expedition to bring back the remaining gold from a steamship that sank in 1857 off South Carolina in one of the nation's worst maritime disasters has recovered almost 1,000 ounces of gold - the first gold recovered from the wreck in almost a quarter century.

The S.S. Central America was bringing gold back from the California when it sank in a hurricane claiming 425 lives. In addition, thousands of pounds of gold went to the bottom aboard the 280-foot, side-wheel steamship.

About $50 million was recovered during expeditions to the wreck in the late 1980s and early 1990s before legal disputes shut down the operation.

Odyssey Marine Exploration of Tampa, Florida, announced Monday that almost 1,000 ounces of the gold was recovered during a reconnaissance dive last month.

The newly recovered gold includes five gold bars and two $20 Double Eagle gold coins. One of the coins was minted in San Francisco the year that the Central America sank. The gold bars weigh between 106 and 344 ounces.