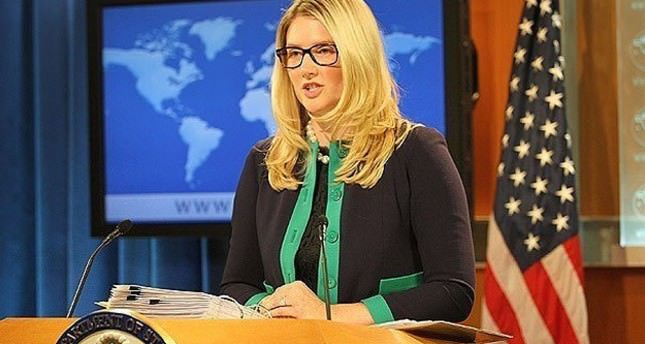 by AA May 06, 2014 12:00 am
WASHINGTON, D.C. — The U.S. announced Monday that it will grant the Syrian Opposition Coalition's offices in Washington and New York foreign mission status, and provide the group with a further $27 million in nonlethal assistance.

The upgraded status of the opposition coalition's offices will allow the U.S. to formally facilitate banking and security services, and further assist the coalition's efforts to reach out to the Syrian diaspora in the U.S.

The announcement follows the Obama administration's decision to suspend operations at the Syrian Embassy in Washington, along with regional offices in the U.S. states of Texas and Michigan, last March.

Ahmad Jarba, the president of the coalition, is currently leading the group's first official delegation to Washington since its founding. The delegation will meet with representatives from the U.S. National Security Council, the Treasury Department and the State Department, including Secretary of State John Kerry.

"As we take these steps and continue our dialogue this week with the SOC, we will look at what more we can do and also what our international partners can do to support the moderate opposition," said State Department deputy spokesperson Marie Harf while speaking to reporters.

The U.S. has provided the Syrian opposition with just under $287 million in nonlethal support since its recognition of the group in December 2012. Harf added that the U.S. will also increase its deliveries of nonlethal assistance to commanders in the Free Syrian Army "to enhance their logistical capability."

It was unclear what the latter additional assistance will be comprised of.

Syria has been in the throes of a conflict that is now going into its fourth year with neither the opposition nor the Syrian government looking like it has the definitive edge. Still, the forces of Syrian President Bashar al Assad have made significant gains on the battlefield, recapturing territory along Syria's border with Lebanon, which eliminated a key transit route for the opposition.

The Syrian government has announced elections for June, which Assad is widely expected to win.