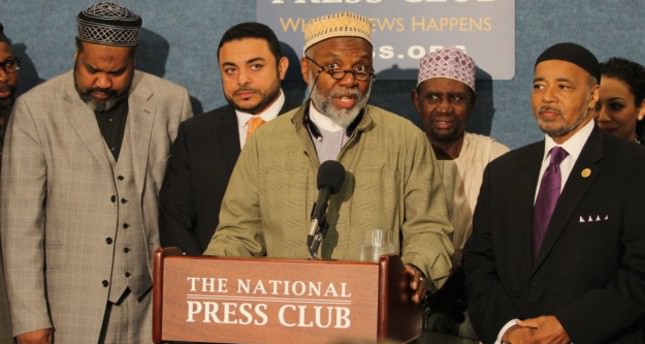 by AA May 09, 2014 12:00 am
WASHINGTON, D.C. — A group of Muslim-American organizations on Thursday condemned the abduction of a group of nearly 300 schoolgirls in Nigeria by Boko Haram militants.

The militants abducted an estimated 276 schoolgirls from the Chibok Government Girls Secondary School in Borno State 24 days ago.

"These groups have been gathered together to send a very clear message, a message from our community," said Imam Johari Abdul Malik, the director of outreach at the Dar al Hijrah Islamic Center in northern Virginia. "This behavior will not stand."

Boko Haram's leader, Abubakar Shekau, said in a video recording released on the Internet that he would sell the girls.

"I abducted your girls. I will sell them in the market, by Allah," Shekau can be heard saying. "Allah says I should sell. He commands me to sell. I will sell women. I sell women."

Zainab Chaudry, a representative from the Council on American-Islamic Relations, a Muslim civil rights group, further assailed the militant group, saying that its actions have no place in Islam.

"Boko Haram is a vicious cult that claims to follow Islam, but its obscene, unconscionable acts make it clear that in reality it knows no faith," she said.