Still no US sanctions on al-Assad family 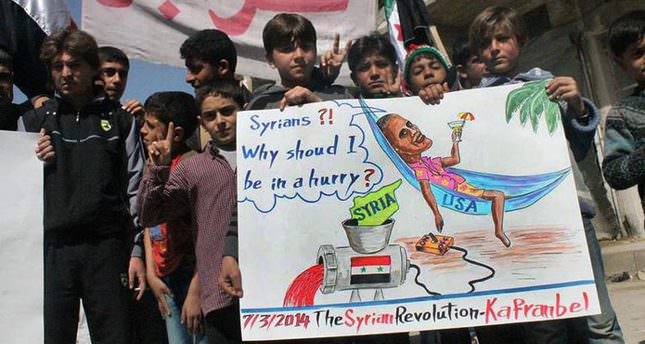 Syrian President Bashar Assad and his family are free to enjoy the benefits of the international financial system because U.S. President Barrack Obama’s administration has not imposed any sanctions on them

WASHINGTON, D.C. – U.S. Treasury Department yesterday issued sanctions against another six senior officials in the Syrian government and targeted a Russian citizen for the first time. The new announcement brought the number of individuals and entities that are sanctioned to nearly 200 since the Syrian revolution began. The full list is includes people affiliated with the government of Syria, its central bank and affiliated oil companies. Yet Syrian President Bashar Assad and his family are free to enjoy the benefits of the international financial system because U.S. President Barrack Obama's administration has not imposed any sanctions on them.

U.S. State Department Spokeswoman Jen Psaki was asked during a press conference why al-Assad, his wife and family have not been sanctioned. Psaki did not provide any specific reason not to sanction Assad family members but cited the administration's "views" on "horrific" actions by the al-Assad regime. She also refused to give more insight "into any thinking about future sanctions" for internal reasons within the government.

The EU is also avoiding sanctioning Bashar Assad himself but in 2012 preferred to freeze the bank accounts and financial assets of his wife Asma Assad, his mother, sister and sister-in-law. The four female members of the family are also barred from travelling in the EU with one exception, Asma, who can still travel to the U.K., where she is a citizen. Asma, 38, has many close relatives in London where she was born, raised and worked as an investment banker. The Telegraph reported in March 2012 that she regularly emails her father, a cardiologist living in Acton, and other family members who are currently residing in London and even makes fun of dead students from Homs and shops for extremely expensive clothes despite ongoing violence in the country. According to the Daily Mail, she was able to order furniture and home items, including five chandeliers, worth over $450,000 (TL 933,800) from a shop on London's King Road in 2013.

Despite failing to target the al-Assad family, U.S. Treasury's Under Secretary for Terrorism and Financial Intelligence David S. Cohen vowed that the U.S. government is committed to deterring those who contribute to violence and would continue to aggressively target individuals supporting the al-Assad regime.