Ban Ki-moon says UN still at 'Plan A' in Syria 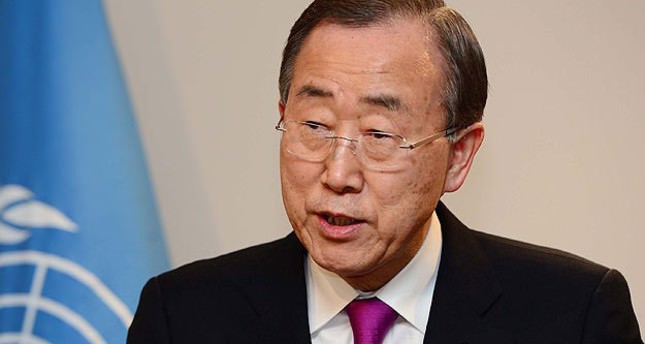 by AA May 14, 2014 12:00 am
NEW YORK — UN Secretary General Ban Ki-moon said Tuesday in New York that he has accepted "with great regret" the resignation of Lakhdar Brahimi as the UN and Arab League joint special representative on Syria.

Though Brahimi's departure was long-expected in UN diplomatic circles, the secretary general as yet has not announced a substitute for the experienced and "brilliant diplomat" as he described him. Nor is there an alternative plan for the resumption of peace talks for Syria.

"We have been working very hard during the last three to four years to bring an end to this horrible tragedy. (But) we are still working on Plan A," Ban told Anadolu Agency after the departure announcement was made.

Ban said he wanted to make the announcement in person, adding Brahimi will relinquish his post effective May 31, 2014.

Ban added that the UN will now have to consider its future course of action in finding both a successor to Brahimi and how to proceed in finding peace in Syria.