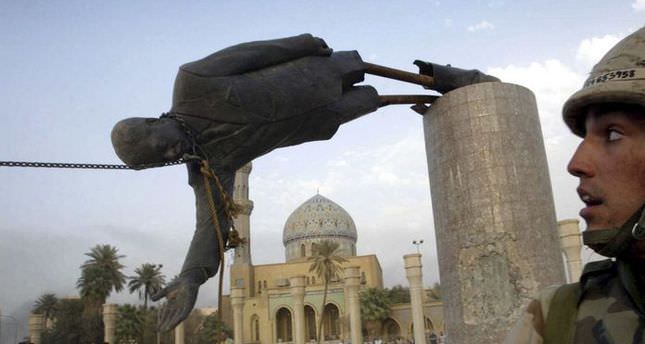 by May 14, 2014 12:00 am
NEW YORK — The International Criminal Court re-opened on Tuesday a preliminary examination of allegations of "systematic detainee abuse" by British troops in Iraq between 2003 and 2008 after receiving new information.

The Hague-based court had previously concluded an examination of similar accusations in 2006, but it did not launch a full investigation because the information did not meet the "required gravity threshold."

"I received earlier this year substantial information, much more than what we had in 2006, on alleged crimes that were committed by the UK forces," ICC prosecutor Fatou Bensouda told reporters at the United Nations after she had briefed the U.N. Security Council on the court's cases in Libya.

In January, a Berlin-based human rights group and a British law firm submitted what they describe as 250 pages of analysis to Bensouda's office. They said more than 400 Iraqi former detainees had made allegations of grave mistreatment, of which 85 had been chosen as "representative cases.

Bensouda's office said in a statement earlier on Tuesday: "The communication alleges a higher number of cases of ill-treatment of detainees and provides further details on the factual circumstances and the geographical and temporal scope of the alleged crimes."
The British government rejected the allegations that British troops had carried out systematic abuse in Iraq.

"British troops are some of the best in the world and we expect them to operate to the highest standards, in line with both domestic and international law," British Attorney General Dominic Grieve said in a statement.

"In my experience the vast majority of our armed forces meet those expectations. Where allegations have been made that individuals may have broken those laws, they are being comprehensively investigated," he said.

The ICC has no jurisdiction in Iraq, but it can look into allegations against nationals of members of the court, such as Britain. The United States is not an ICC member, so Bensouda is unable to look at accusations against U.S. troops, she said.

She stressed that the preliminary examination she launched on Tuesday did not mean that an investigation had been started.

"It is a process whereby we check for issues of whether these crimes had been committed and who is most responsible for those crimes, whether the national jurisdiction is doing anything to address those crimes, and whether it would be in the interest of justice to carry on with the preliminary examinations," Bensouda said.