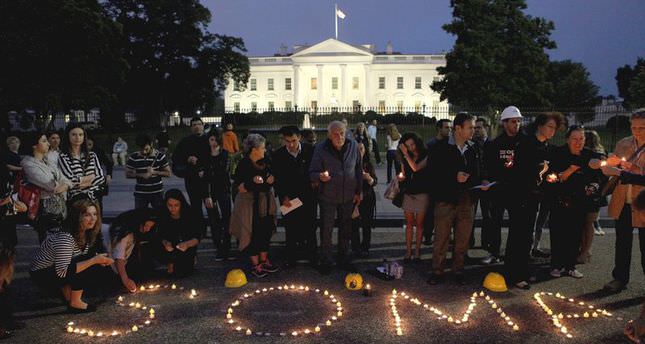 by AA May 17, 2014 12:00 am
WASHINGTON D.C. — U.S. President Barack Obama phoned his Turkish counterpart, Abdullah Gül, on Friday to offer his condolences on behalf of all Americans following the worst mining disaster in Turkey's history.

A mine fire in the Turkish town of Soma that began on Tuesday has claimed the lives of at least 299 people.

During his call with the Turkish President, Obama offered "his heartfelt condolences on behalf of the American people to the Turkish people on the tragic accident at the Soma mine," according to a readout of the call provided by the White House.

Obama further "expressed that our prayers are with the families and loved ones of those suffering from this accident."

The White House said on Wednesday that it stood ready to assist the Turkish government if necessary.

Obama reiterated Washington's offer while speaking with Gül on Friday.

Both the Turkish government and the firm that owns the Soma mine deny that negligence is to blame for the disaster.