Violations and accidents in US mining industry 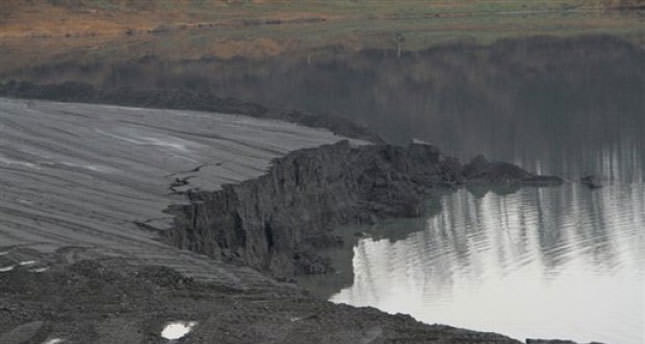 by Begüm Tunakan May 17, 2014 12:00 am
Despite efforts which have been undertaken in many countries, the annual death toll and injury rate among mineworkers shows that mining is among the most hazardous occupations in the world. Reports on the mine industry show that even though government bodies have taken significant steps to conduct safe mining operations, mining companies are still cited for violations, some of which have led to fatal accidents. The U.S. Department of Labor's Mine Safety and Health Administration on May 5 issued a summary of U.S. mining deaths for the first quarter of 2014. The data shows that eight died in the first quarter of this year compared to 15 the previous quarter.

The second quarter of this year started with the Brody Coal Mine accident near Wharton, West Virginia, on May 13. Federal officials stated that 253 serious violations were cited by the Mine Safety and Health Administration (MSHA) during a 12-month review in 2013. The report noted that violations found in the Brody Coal Mine No. 1 were part of a pattern of violations recorded in mines owned by its parent company, the St. Louis-based Patriot Coal Cooperation.

The safety records prepared by regulators showed that the mine owned by Patriot Coal had been cited for numerous violations including breaking federal health and safety regulations and putting miner's lives in great danger. The MSHA, the U.S. government mine safety branch, has taken several steps to improve the enforcement of safety regulations since the 2010 Upper Big Branch explosion in Montcoal, West Virginia, that resulted in the death of 29 miners. According to MSHA reports released in 2011, the mine was cited for 369 safety violations that contributed to the coal dust explosion. The parent company of the mine, Alpha Natural Resources, was obliged to pay a penalty of $10.8 million (TL 22.6 million).

Another coal mine tragedy in the U.S., the Sago Mine disaster in January 2006, showed that owner companies are susceptible to violating safety regulations despite inspections made by government officials. The Sago Mine explosion killed 12 men. According to reports, the company announced that they had invested about $130 million to modernize old equipment in various mines, including the Sago mine before the accident occurred. However, these modernization procedures were not enough to prevent an explosion. The U.S. is among the 29 countries that ratified Safety and Health in Mines Convention No. 176, adopted in 1995, and has a long history of mine accidents. Even though strict procedures including health and safety inspections, transparent and accountable reporting practices have been applied to many U.S. mine companies, the Mine Safety and Health Administration continues to cite a high number of violations each year.
RELATED TOPICS