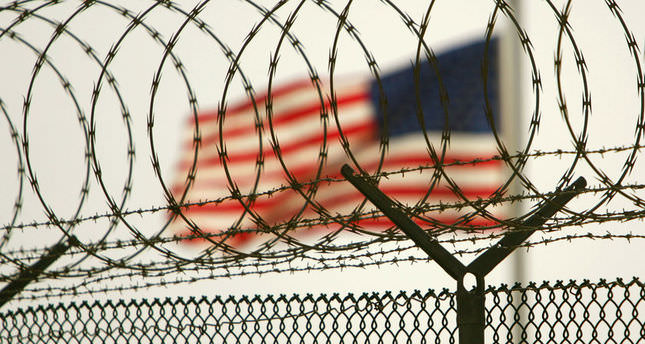 by Anadolu Agency May 18, 2014 12:00 am
LONDON — Three decades after the U.N. Convention Against Torture imposed measures to eradicate the practice, torture still happens in 141 countries — many of which are signatories to that convention — according to Amnesty International's annual report on torture released Tuesday.

Nearly half of people around the world fear becoming a victim of torture if taken into custody, a poll for human rights organization Amnesty International showed on Tuesday.

Concern about torture is highest in Brazil and Mexico, where 80 percent and 64 percent of people respectively said they would not feel safe from torture if arrested, and lowest in Australia and Britain, at 16 and 15 percent each, the poll showed.

Of the more than 21,000 people in 21 countries surveyed for Amnesty by GlobeScan, 44 percent said they would not feel safe from torture if arrested in their home country.

In the United States, 32 percent of respondents expressed such a fear—which, according to the report, has merit.

"In some maximum security isolation or segregation facilities across the USA, many thousands of inmates are held in solitary confinement in small cells for 22 to 24 hours a day. Many have little access to natural light or out-of-cell recreation time which amounts to cruel inhuman or degrading treatment," reads the study.

Turkey has made the greatest strides in reducing torture

In report, Turkey is perhaps the country in Europe and Central Asia that has made the greatest strides in reducing, if not eliminating, torture in places of detention over the last decade.

On the other hand, the use of force against 'unpeaceful' protesters is criticized in report.

US climate for torture has grown

Rebecca Gordon, author of Mainstreaming Torture and lecturer at University of San Francisco, told Common Dreams that the U.S. climate for torture has only grown more permissive since the beginning of the War on Terror. "One of the things we've seen polls show that almost 13 years out from September 11th, 2001, people are more willing to approve of torture as a tool of 'security' than a decade ago," she said.

The report states that the U.S. has involved other countries in its acts of torture: "Torture and ill-treatment has also been documented in parts of the European Union (EU), with some countries also failing to effectively investigate allegations of complicity in torture carried out in the context of U.S.-led counter-terrorism operations," states the report.

Observers say the use of so-called enhanced interrogation techniques used at CIA detention facilities like Abu Ghraib in Iraq and Guantanamo Bay in Cuba, which included waterboarding until 2009, fueled anti-American sentiment and undermined US credibility on human rights issues.