US drone war against terrorism 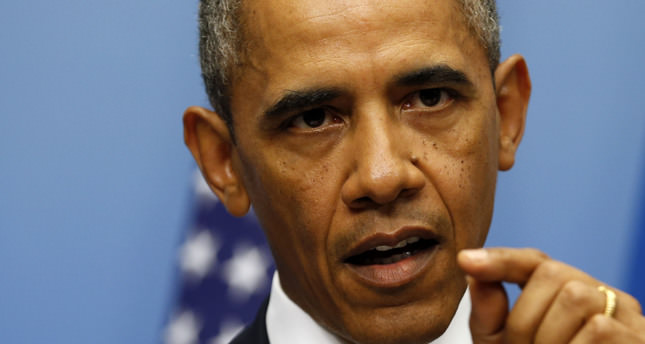 by reuters
May 28, 2014 12:00 am
WEST POINT — President Barack Obama said Wednesday he will continue to "take direct action" by ordering drone strikes and capture operations against suspected terrorists "when necessary to protect ourselves."

In a speech outlining a foreign policy framework that stresses cooperation with allies, Obama said there still would be times when the U.S. must go it alone. He restated a policy he disclosed last May, however, that no drone strike should occur unless there is "a near certainty" that no civilians will be harmed.

That policy has contributed to a reduction in U.S. drone attacks and claims of civilian deaths. The CIA has acknowledged to Congress, though, that a child the brother of a targeted militant was killed in a drone strike in Yemen last June.

Obama also reiterated his desire to move the drone program from the CIA to the military, despite opposition in Congress.

"I will increasingly turn to our military to take the lead and provide information to the public about our efforts," the president said.

He said that "when we cannot explain our efforts clearly and publicly, we face terrorist propaganda and international suspicion; we erode legitimacy with our partners and our people; and we reduce accountability in our own government."

The CIA has carried out drone strikes in Pakistan and Yemen, while the military's Joint Special Operations Command has conducted its own targeted drone missile attacks in Yemen and Somalia. There has not been a strike reported in Pakistan since December, the longest pause since Obama took office.

There have been 12 drone strikes reported this year in Yemen, according to Long War Journal, a web site that tracks the strikes through media reports.