US Supreme Court rejects reporters appeal over identity of source 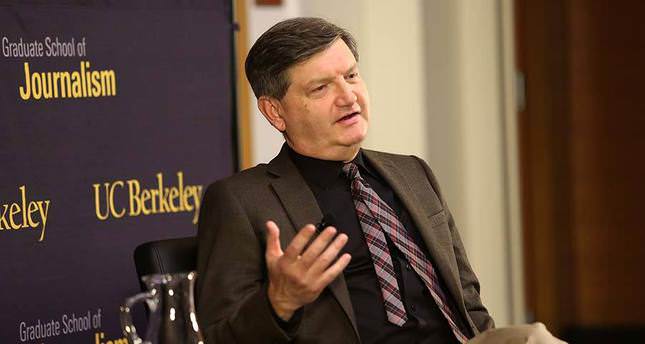 by Associated Press Jun 02, 2014 12:00 am
WASHINGTON, D.C. — A newspaper reporter who has been ordered to divulge the identity of the source of classified information lost his bid Monday to get the Supreme Court to clarify whether journalists have a right to protect their confidential sources.

Without comment, the justices rejected an appeal from New York Times reporter James Risen to revisit the court's 42-year-old ruling that has raised questions about journalists' ability to shield from public view the names of people who tell them government secrets. Risen detailed a botched CIA effort during the Clinton administration to thwart Iran's nuclear ambitions. His reporting is at the center of criminal charges against former CIA officer Jeffrey Sterling of disclosing government secrets. Federal prosecutors want to force Risen to testify about his sources at Sterling's trial, but Attorney General Eric Holder has suggested that the Justice Department could find a way to defuse the situation and not subject Risen to time in jail should he refuse to testify as ordered. Notes from a meeting with journalists last week taken by Associated Press General Counsel Karen Kaiser show that Holder said, "as long as I'm the attorney general, no reporter who is doing his or her job will go to jail. As long as I'm attorney general, someone who is doing their job will not get prosecuted." Department officials later added that Holder wasn't referring to any specific case. Risen argued that he has a right to protect his sources' identities, either under the U.S. Constitution or rules governing criminal trials.

The federal appeals court in Richmond, Virginia, had rejected Risen's bid to avoid being forced to testify. His Supreme Court appeal came amid a debate over where to draw the line between national security and press freedoms. The Obama administration has been more aggressive than its predecessors in pursuing leaks of government secrets, including reviewing journalists' phone and email records and seeking to compel reporters to testify. The Associated Press was the target of one such records effort. Joel Kurtzberg, an attorney for Risen, said Monday that prosecutors must now decide whether they will force the issue. "The ball is now in the government's court. It can elect to proceed in the Sterling trial without Jim's testimony if it wants to. If they insist on his testimony and Jim refuses to testify, the court will need to have a hearing to determine if Jim is in contempt and, if so, what the consequence of that will be," Kurtzberg said. "We are considering the next steps in this case," Justice Department spokesman Brian Fallon said after the court's action. Disclosures of subpoenas for the records and testimony prompted Congress to revive a proposal for a national media shield law, similar to laws in place in most states, which would afford a measure of protection to reporters and news media organizations from being required to reveal the identities of confidential sources. But it would not grant an absolute privilege to journalists.

The last time the Supreme Court weighed in on reporters and confidential sources was in 1972, when the court held 5-4 in Branzburg v. Hayes that nothing in the Constitution's First Amendment protects reporters from being called to testify before grand juries. Risen has refused to speak with government attorneys about his sources, and he didn't testify before the federal grand jury that indicted Sterling in 2010 on charges of unauthorized retention and communication of national defense information, unauthorized conveyance of government property, mail fraud and obstruction of justice. The Associated Press and many other leading news organizations supported Risen's appeal. Also backing Risen was the Reporters Committee for Freedom of the Press, which said Risen's rejection by the high court should prompt Congress to pass "a robust federal shield law."
Last Update: Jun 04, 2014 2:04 am
RELATED TOPICS