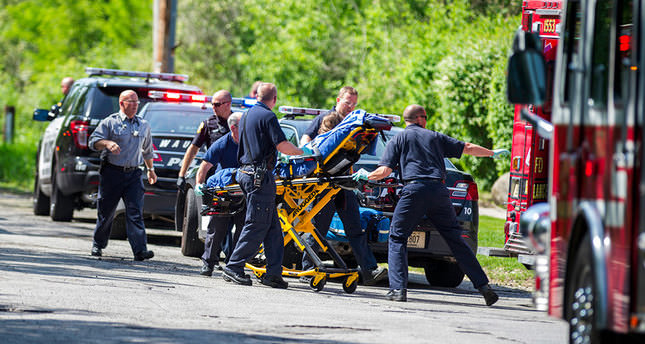 by Associated Press Jun 03, 2014 12:00 am
WAUKESHA, Wisconsin — Police say two 12-year-old girls lured a friend into some woods in southeastern Wisconsin where one of them held her down as the other stabbed her 19 times.

The 12-year-old victim survived the attack on Saturday in Waukesha and police say her condition is stable.

Authorities say the suspects had planned to kill the victim for several months. Police say both girls were interested in a website containing stories of death and horror.

The victim was stabbed in the torso, legs and arms, but was able to crawl from the woods to a road where she was discovered by a bicyclist. The suspects were arrested several hours later.

A knife believed to have been used in the stabbing has been recovered.

The two suspects are expected in court Monday afternoon.