Cleaning up the gangs of New York, 100 arrested 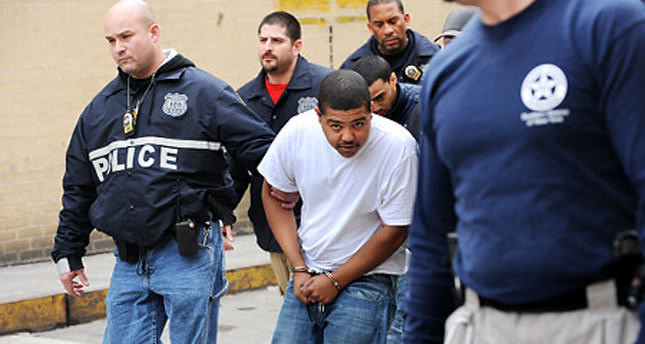 by Jun 04, 2014 12:00 am
NEW YORK — More than 100 members of three feuding gangs were arrested in Harlem on Wednesday in what was described as the largest indictment of gang members in New York City's history, a person familiar with the investigation said.

The arrests and indictments were part of a conspiracy investigation that stemmed from the 2011 murder of Tayshana "Chicken" Murphy, an 18-year-old high-school basketball star, the person said on condition of anonymity, as details of the sweep have not yet been officially released.

Members of one gang were facing conspiracy charges, the person said. It was not immediately clear what charges other gang members might be facing.

The New York Police Department and the Manhattan district attorney were expected to announced further details later on Wednesday.

Tyshawn Brockington, 24, and Robert Cartagena, 23, were convicted for Murphy's murder and sentenced to between 25 years and life in prison.

Murphy was shot three times, in her wrist, hip and chest, in the hallway of a Harlem public housing building on Sept. 11, 2011. Her murder came after an evening of fighting between gangs from neighboring apartment buildings, prosecutors said at the time.