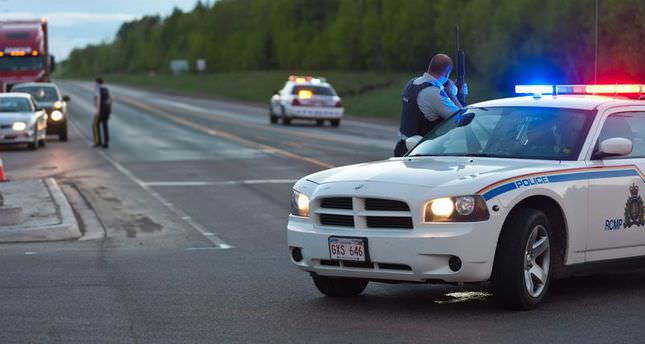 by Jun 05, 2014 12:00 am
TORONTO — Canadian police on Thursday mounted a massive hunt for a 24-year-old gunman they suspect shot dead three officers and wounded two more in the eastern city of Moncton.

The incident was one of the worst of its kind in Canada, where fatal attacks on police are rare.

Police cordoned off a large area in the northwest of the city and warned residents to stay inside their homes. A large blue armored police truck entered the area early on Thursday morning and a helicopter hovered overhead.

Schools and government offices were shut in the small city of 70,000 in the east coast province of New Brunswick. Police told residents not to tweet the locations of officers for fear they could be helping the gunman.

The Royal Canadian Mounted Police have been hunting Justin Bourque, 24, after three officers were killed late on Wednesday and two more were taken to hospital with non-life threatening injuries.

Mass shootings are relatively rare in Canada, which has stricter gun laws than the United States, and the killings have spurred an outpouring of grief on social media.