Captured US soldier in Afghanistan to return home Friday 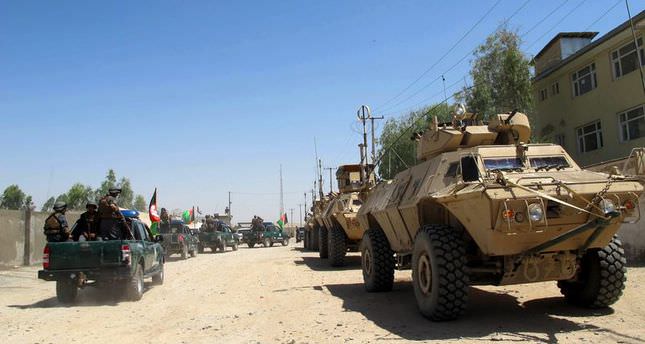 "I can confirm that he is now en route to the United States aboard a U.S. military aircraft, having departed Ramstein Air Base earlier this afternoon," said Pentagon Press Secretary John Kirby in a statement released to the press.

Bergdahl, who was held by the Taliban in Afghanistan, will arrive in Texas early Friday morning to continue his "reintegration process" at Brooke Army Medical Center, according to Kirby.

"Our first priority is making sure that Sgt. Bergdahl continues to get the care and support he needs," he said.

The U.S. secured Bowe Bergdahl's release through indirect negotiations with the Taliban that also resulted in the release of five Taliban detainees who were being held at U.S. military facilities at Guantanamo Bay. The government of Qatar served as an intermediary in the talks.

The deal has been met with sharp criticism from lawmakers who question the legality of the exchange.

Section 1035 of the National Defense Authorization Act of 2014 stipulates that the administration is obliged to notify the U.S. Congress 30 days prior to the release of any prisoner from Guantanamo Bay. But a statement issued by U.S. President Barack Obama when he signed the bill into law called for "flexibility to act swiftly in conducting negotiations with foreign countries regarding the circumstances of detainee transfers."

"There is no compelling reason why the department could not provide a notification to Congress 30 days before the transfer," Buck McKeon, the chairman of the House Armed Service Committee, said during a hearing on Wednesday.

U.S. Secretary of Defense Chuck Hagel defended the deal during his testimony on Wednesday, saying it was the "last best opportunity to free him."

"As the opportunity to obtain Sergeant Bergdahl's release became clear, we grew increasingly concerned that any delay or any leaks could derail a deal and further endanger Sergeant Bergdahl," he said.