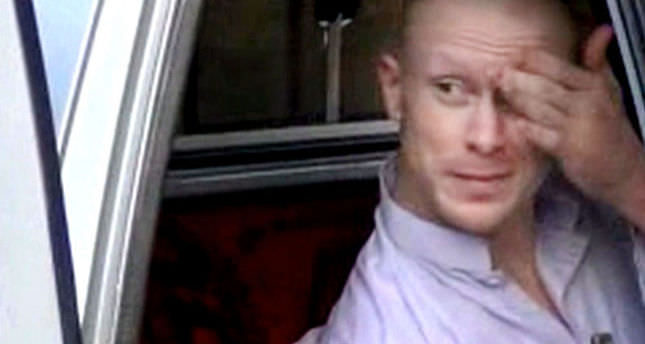 Army Sergeant Bowe Bergdahl, who spent five years as a Taliban prisoner of war before being released on May 31, has arrived at an Army medical center in Texas where he will receive further treatment, the Pentagon said on Friday.

Rear Admiral John Kirby, a Pentagon spokesman, said Bergdahl left Ramstein Air Base in Germany aboard a military plane on Thursday afternoon and arrived early on Friday in San Antonio, where he will be cared for at the Brooke Army Medical Center.

"While there, he will continue the next phase of his reintegration process. There is no timeline for this process. Our focus remains on his health and well-being," Kirby said.

Bergdahl was handed over to U.S. forces in Afghanistan on May 31 in exchange for five Taliban leaders held at Guantanamo prison in Cuba. Bergdahl's initial release sparked a wave of support that was quickly overshadowed by political uproar over the freeing of the senior Taliban members.

Lawmakers criticized the Obama administration for failing to give them 30 days' notice before transferring prisoners from Guantanamo as required by law. Some charged that in doing the exchange, the administration had effectively violated its policy against negotiating with terrorists.

Some of Bergdahl's former comrades in Afghanistan also voiced anger, alleging that he had deserted when he walked away from his outpost in circumstances that are unclear and was later captured.

Kirby said Defense Secretary Chuck Hagel had expressed confidence the Army will continue to ensure Bergdahl "receives the care, time and space he needs to complete his recovery and reintegration".

The hospital facility, formally known as the San Antonio Military Medical Center and located at Fort Sam Houston, has teams of specialists and has been helping returning prisoners of war for decades.

Bergdahl's parents, Bob and Jani Bergdahl, were expected to travel to Texas from their Idaho home, although it was not immediately clear when, or whether they had spoken with Bowe.