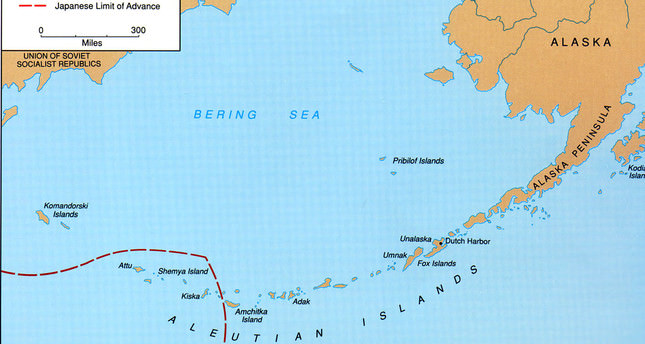 by Associated Press Jun 23, 2014 12:00 am
A magnitude-8.0 earthquake was widely felt in communities along Alaska's sparsely populated Aleutian Islands on Monday, but there were no immediate reports of damage. Natasha Ruppert, a seismologist with the Alaska Earthquake Center, said the communities that would have suffered damage are also under tsunami warnings, so people may not have been able to get out and check for damage yet. The earthquake recorded at 12:53 p.m. local time was initially reported with a magnitude of 7.1, but Ruppert says that was upgraded to 8.0.

The quake was centered about 13 miles (20 kilometers) southeast of Little Sitkin Island. It was recorded at a depth of 60 miles (96 kilometers), which is relatively shallow for an earthquake in the Aleutian Islands. The shallower the quake, the more likely it will be felt. The National Tsunami Warning Center in Palmer, Alaska, issued a tsunami warning for coastal areas between Nikolski to Attu, on the Aleutian Islands. A warning means significant inundation is possible or occurring. Residents are being warned to move inland toward higher ground. A tsunami advisory was also issued for coastal areas stretching from Nikolski to Unimak Pass. An advisory means strong currents or dangerous waves are expected, but widespread inundation isn't likely.
Last Update: Jun 24, 2014 1:16 am
RELATED TOPICS