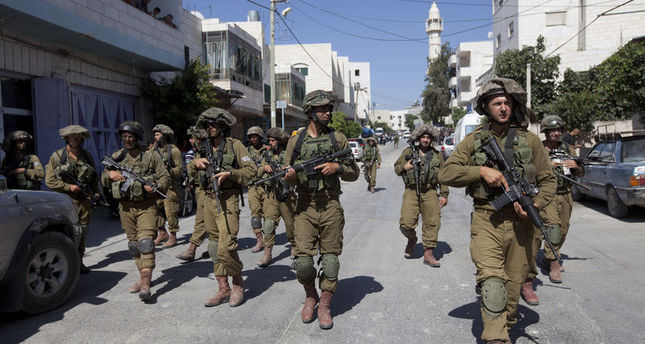 by Jun 24, 2014 12:00 am
A senior United Nations official on Monday urged Israel to exercise restraint in its search for three missing teenagers it accuses the Hamas group of kidnapping, while warning the Security Council that violence in the region could escalate.

Israel's army said it had detained another 37 Palestinians overnight as it searched and extended a crackdown on Hamas, which has denied having any knowledge of the missing teens. The Israeli military says it has detained 361 people since the Israeli students went missing on June 12.

"As the search for the missing youth continues, we call for restraint in carrying out the security operations in strict compliance with international law, and avoiding punishing individuals for offenses they have not personally committed," U.N. political affairs chief Jeffrey Feltman said.

"The rising death toll as a result of Israeli security operations in the West Bank is alarming," he told the Security Council during a monthly meeting on the Middle East.

The crisis has aggravated tensions in the West Bank which, along with East Jerusalem and the Hamas-controlled Gaza Strip, the Palestinians want in a future state.

After his public briefing, Feltman spoke to the council behind closed doors. He warned the 15-nation body there could be a new Palestinian intifada, or uprising, against Israel.

"The situation on the ground is very bad," Feltman was quoted as saying by a council diplomat in the room. "I fear we might get to the point of a third intifada."

Council members also attempted to agree on a statement to the press to condemn the alleged kidnapping of the Israelis. Russia's U.N. Ambassador Vitaly Churkin presented a draft statement but diplomats present at the meeting said both Jordan and the United States were dissatisfied and proposed amendments.