US, Turkey relations stronger than ever: Ambassador 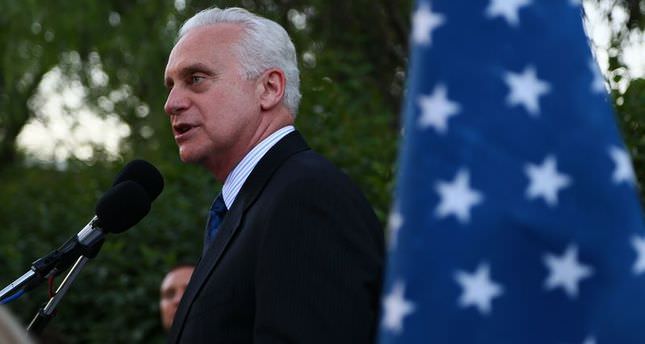 by AA Jul 02, 2014 12:00 am
The United States' outgoing ambassador to Turkey, Francis Ricciardone recommends that Turkey and the U.S. should bond more closely considering recent developments in the region.

Speaking at a U.S. reception in İzmir for the country's upcoming 4th July national day, Ricciardone said, "Although a civil war is taking place in the neighboring regions of Turkey and we are enduring stressful times, Turkey and the U.S. relations have recently gone further," said the ambassador. "Relations are stronger than they have ever been."

The ambassador also stressed the two countries' common goal of world peace and the prosperity of humanity.

Last month, John Bass, former U.S. ambassador to Georgia, was officially nominated by the White House as the country's new ambassador to Turkey.

Another reception will be held for the United States' independence day in Ankara on Friday.