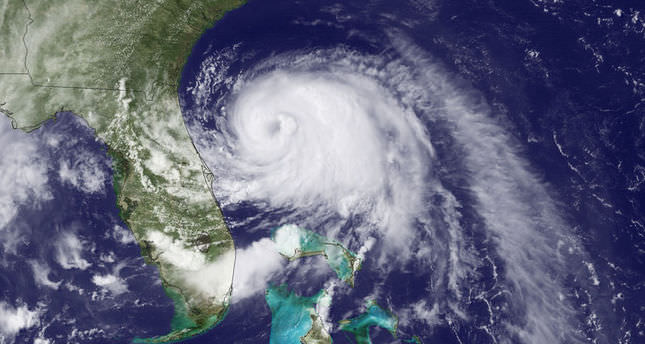 by Jul 03, 2014 12:00 am
Tropical Storm Arthur strengthened into the first hurricane of the season on Thursday as it moved up the US East Coast just in time to disrupt the July 4 holiday.

Arthur is churning off South and North Carolina with sustained winds of 75 mph (120 kph), the National Hurricane Center said in an advisory at 0900 GMT.

It is expected to approach the Outer Banks resort region of North Carolina on Thursday night, disrupting vacation plans for Americans celebrating their independence day holiday.

News reports said that as many as half a million visitors had been expected to pack Carolina beaches for the national holiday, the region's biggest tourist weekend.

At 0900 GMT the hurricane was 340 miles (545 kilometers) southwest of Cape Hatteras, North Carolina.

Arthur was moving toward the north at nine miles (15 km) per hour and was expected to pick up speed. Its core was due to approach the coast Thursday night, the hurricane center said.

A storm surge of up to four feet (1.2 meters) of water was possible in North Carolina's popular Outer Banks resort region. Through Friday, rainfall accumulation of up to six inches was expected in coastal areas of North Carolina.

The storm is the first of the Atlantic hurricane season, which started on June 1 and runs through November 30.