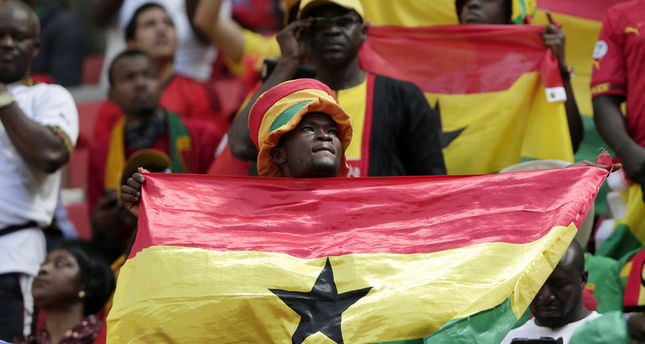 by Jul 11, 2014 12:00 am
Nearly 200 Ghana fans at the World Cup have requested asylum in a southern Brazilian city over the past week and officials see the count rising sharply, according to a state news agency.

Federal police in Caxias do Sul told Agencia Brasil on Thursday they expect more than 1,000 fans from Ghana to request asylum after entering the country on tourist visas to attend the month-long soccer tournament.

Ghana played matches in the capital Brasilia and the northeastern cities Natal and Fortaleza before their elimination in the first phase of the World Cup. Job prospects have drawn previous waves of African immigrants to southern Brazil.