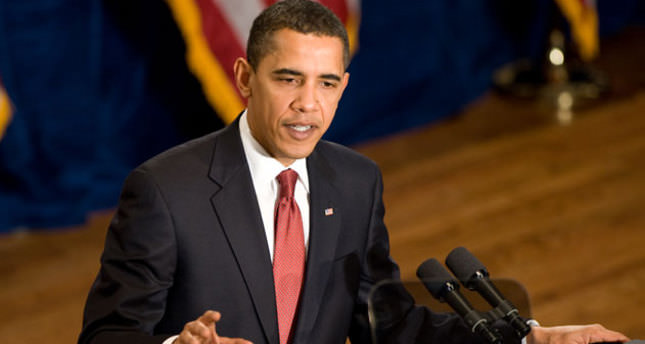 by Anadolu Agency Jul 18, 2014 12:00 am
U.S. President Barack Obama calls for a ceasefire in Ukraine in order to allow an investigation into the downing of a Malaysian airliner.

President Barack Obama says one American was killed on the plane over Ukraine. He says the airliner was shot down by a surface-to-air missile in an area controlled by Russian-backed separatists.

The president called it a global tragedy in remarks from the White House, one day after Malaysia Airline Flight 17 crashed.

He is calling for a credible international investigation.

The plane was shot down near the border between Ukraine and Russia. The incident occurred one day after Obama announced broader economic sanctions against Russia for its threatening moves in Ukraine.
Last Update: Jul 29, 2014 4:24 pm
RELATED TOPICS