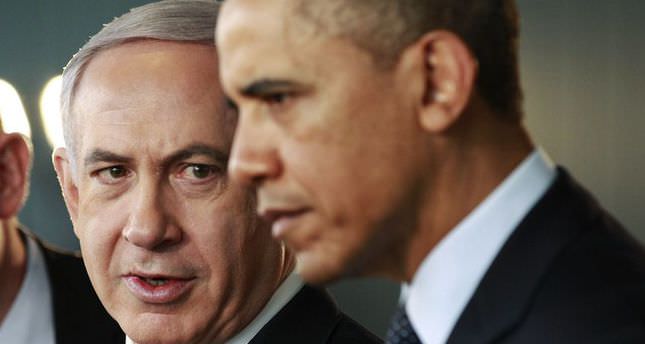 by Associated Press
Jul 29, 2014 12:00 am
While much of the rest of the world watches the Gaza war in horror and scrambles for a cease-fire, U.S. lawmakers are pressing the Obama administration to take no action that puts pressure on Israel to halt its military operations.

Many even have criticized the administration's effort to stop the violence that has killed more than 1,100 Palestinians, mostly civilians, and more than 50 Israeli soldiers and three civilians this month.

"At times like this, people try to isolate Israel," House Speaker John Boehner said Monday. "We are here to stand with Israel, not just as a broker or observer but as a strong partner and a trusted ally.

"What does that mean? Well, it doesn't mean issuing vague, on-the-one-hand, on-the-other-hand statements. No, it means backing up our words and showing solidarity with our friend."

Republicans and Democrats are clashing over whether to approve the funds in a larger spending bill or separately, though no one publicly opposes the payments. Senate appropriators already have approved doubling next year's money for the system.

Whereas the Obama administration and lawmakers agree on Iron Dome, other actions in Congress are more contentious.

Until Monday, Sen. Ted Cruz was hindering the appointment of several U.S. ambassadors to key allies by vowing to block all State Department nominees awaiting confirmation.

The Texas Republican said he was releasing his holds after the Federal Aviation Administration answered his questions about its 36-hour ban last week on U.S. airline flights to Israel. Cruz had claimed the prohibition was an "economic boycott" of Israel to pressure it into a cease-fire with the Palestinian militant group Hamas.

Such talk has alarmed lawmakers of both parties.

In a letter last week to Obama, Democratic Sens. Chuck Schumer and Ben Cardin, and Republican Sen. Lindsey Graham, said a cease-fire must eliminate Hamas' ability to fire rockets into Israel and place no restrictions on the Jewish state.

"Israel must be allowed to take any actions necessary to remove those threats," the senators wrote a position that presaged by two days the Israeli government's unanimous rejection of Secretary of State John Kerry's cease-fire proposal.

Over days of intense diplomacy, Kerry has tried to secure commitments from both sides that would lead to peace. Congress, by contrast, has focused its energies on Palestinian actions and critics of Israel.

Bipartisan resolutions making their way through the House and Senate would condemn Hamas' use of human shields.

Republican Sen. Rand Paul, a potential 2016 presidential candidate, formerly the bane of the Israel lobby for suggesting a U.S. aid cutoff, has said no one should question Israel's actions in a time of war.

The ebullient bipartisan support for Israel is also leading many House of Representatives and Senate members to rev up their opposition to the Obama administration's nuclear negotiations with Iran.

Those talks were extended through November after a series of meetings in Vienna earlier this month that coincided with the first week of fighting between Israel and Hamas.

Israel opposes any nuclear deal that would ease pressure on Iran while allowing it to maintain a uranium enrichment program.

As part of the extension, Tehran is gaining access to $2.8 billion in Iranian funds that have been frozen in overseas bank accounts.

Their bill demands Obama block transfers until he certifies the money won't fund terrorism, nuclear or ballistic weapons development, or human rights violations. It would be almost impossible for Obama to certify those elements. The administration has rejected similar efforts as attempts to derail diplomacy.