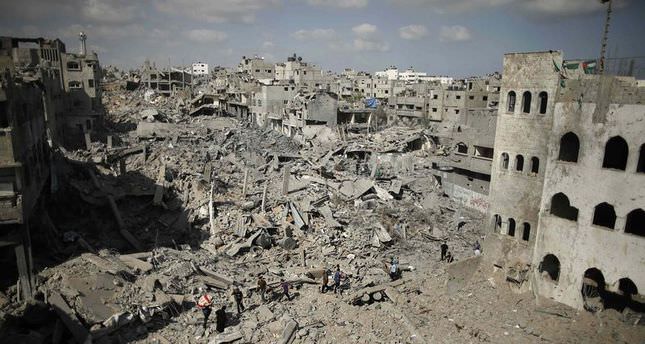 by AA Jul 30, 2014 12:00 am
El Salvador on Wednesday became the fifth Latin American country to withdraw its ambassador from Israel in protest at Israel's military offensive in Gaza.

Brazil, Chile, Ecuador and Peru have already recalled their ambassadors.

Israeli Foreign Ministry Spokesman Yigal Palmor said that the move encourages Hamas; "this decision encourages Hamas which has been recognized as a terrorist organization by several countries. The countries standing against terror must act responsibly and should not reward them. While Hamas has been responsible for hindering a ceasfire, El Salvador, Peru and Chile were expected to support international attitude for peace and demilitarization of Gaza", the statement said.

Earlier Israel criticized Brazil over its decision to recall its ambassador in protest at Israel's military offensive in Gaza.

Brazil was one of 29 countries in the UN Human Rights Council that voted last Wednesday to investigate Israel over its military offensive in Gaza.

During a state visit by Chinese President Xi Jinping on July 17, Brazilian President Dilma Rousseff said her country was "profoundly concerned by the dramatic events" in Gaza.

The Palestinian death toll from a devastating Israeli onslaught on the Gaza Strip rose to 1283, according to a Gaza Health Ministry spokesman.

According to the spokesman, at least 7170 Palestinians have also been injured in the ongoing Israeli attacks since July 7.