Killing of Gaza children on playground tragic: US State Dept 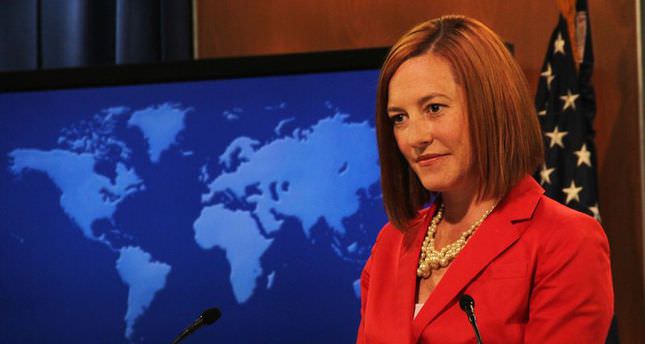 by AA Jul 30, 2014 12:00 am
The U.S. State Department spokeswoman Jen Psaki said on Tuesday that the reports of the children killed while playing on a playground in Gaza was devastating and tragic.

At least ten Palestinian children were killed and 45 others injured on Monday by Israeli shelling of the western Gaza City Al-Shati Refugee Camp public park, according to Palestinian officials.

"We certainly urge all parties to respect the civilian nature of schools and medical facilities. These facilities which serve as shelters for many of those fleeing the conflict must be treated as inviolable and off limits for military use and targeting by all sides," Psaki said at press briefing.

Al-Shefaa Hospital, the largest in the Gaza Strip, was also targeted on Monday by an Israeli drone.

Concerning the Gaza Strip's only power plant being forced to shut down Tuesday after an Israeli attack hit the facility's fuel depot, Psaki said that they had been deeply troubled by the humanitarian impact of reduced electricity in Gaza.

Declining to affirm that Israel perpetrated the attack on the park and on the power plant, Psaki said that they were concerned about the safety and security of civilians on both sides.

Even before the shutdown of the power plant, Palestinians in the Gaza Strip only had electricity for about three hours a day because fighting had damaged power lines.

Israel, which has ignored UN resolutions against its actions in the Occupied Territories many times before, began military operations in the Gaza Strip on July 7.

At least 1,191 Palestinians have been killed, mostly civilians, and more than 6,550 injured in the relentless Israeli attacks, according to the Palestinian Health Ministry.

According to official Israeli figures, 53 troops and three civilians have been killed since the hostilities began.