US provides Israel with additional munitions for Gaza offensive 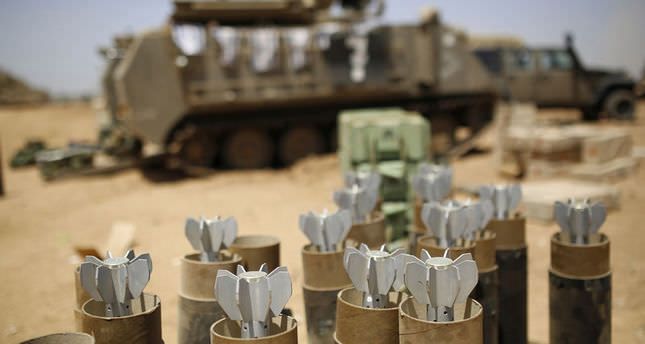 by Jul 31, 2014 12:00 am
The United States has allowed Israel, waging an offensive in the Gaza Strip, to tap a local U.S. arms stockpile in the past week to resupply it with grenades and mortar rounds, a U.S. defense official said on Thursday.

The munitions were located inside Israel as part of a program managed by the U.S. military and called War Reserves Stock Allies-Israel (WRSA-I), which stores munitions locally for U.S. use that Israel can also access in emergency situations.

Israel, however, did not cite an emergency when it made its latest request about 10 days ago, the defense official said, speaking on condition of anonymity.

The United States allowed Israel to access the strategic stockpile anyway to resupply itself with 40mm grenades and 120mm mortar rounds to deplete older stocks that would eventually need to be refreshed.

"They didn't ask for it from there but we gave it to them so we could rotate our stocks," the official said.

Additional Israeli requests for U.S.-manufactured ammunition were also being processed in the United States, the official said. The official did not offer further details on quantities or costs of ammunition already supplied or requested.

Israel's embassy in Washington declined comment about the resupply request, including whether it asked for the ammunition because of its operations in Gaza.

The U.S. Senate Appropriations Committee added $225 million for Iron Dome to a spending bill intended mainly to provide money to handle an influx of thousands of Central American children across the U.S.-Mexico border.

According to the Gaza Health Ministry, 1,346 Palestinians, mostly civilians, have been killed since Israel began its offensive on July 8 with the declared aim of halting cross-border rocket fire and destroying the tunnel network of the Islamist group Hamas.

On the Israeli side, 56 soldiers and three civilians have been killed.