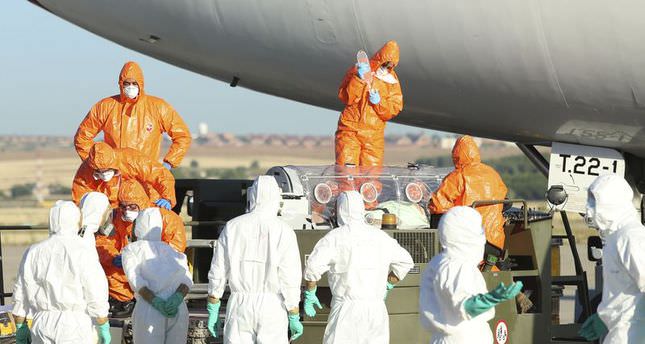 by Aug 10, 2014 12:00 am
Test results on a patient being treated in a Toronto-area hospital for a suspected case of Ebola are due within the next 24 hours, Ontario's health ministry said on Saturday.

Samples from the patient, who recently came to Canada from Nigeria, have been sent to the National Microbiology Laboratory in Winnipeg.

"The patient is currently in isolation and is being treated for a fever and other flu-like symptoms," the ministry said in a statement. "This action was taken as a precautionary measure and results of the testing are expected within the next 24 hours."

The Ebola outbreak in West Africa is the worst on record and the World Health Organization said on Friday that it represents an international health emergency that will likely continue spreading for months.

Guinea closed its borders with Sierra Leone and Liberia on Saturday in a bid to halt the spread of an epidemic that has killed nearly 1,000 people in the three West African countries this year.