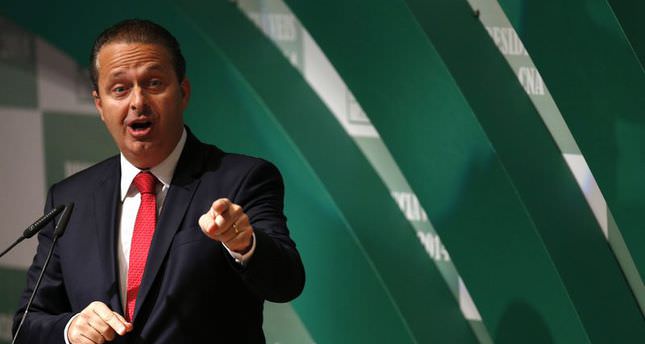 by Aug 13, 2014 12:00 am
Brazilian presidential candidate Eduardo Campos was killed in a plane crash in the southeastern city of Santos on Wednesday, television news network GloboNews said, without saying how it obtained the information.

A source in the Brazilian Socialist Party had previously told Reuters that Campos was on the Cessna 560XL that crashed.

Campos, 49, is a former governor of northeastern Pernambuco state who had the support of about 10 percent of voters in recent polls. He positioned himself as a business-friendly leftist and was a former ally of President Dilma Rousseff, who is seeking a second term.