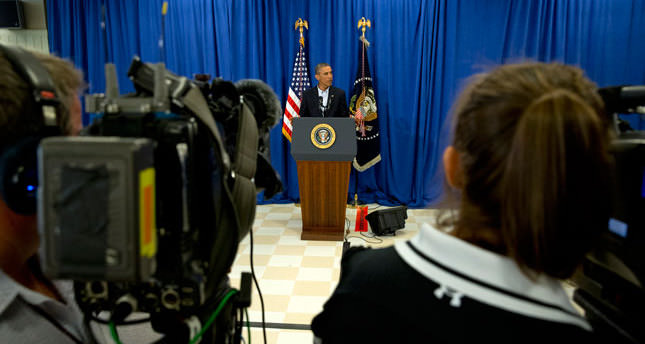 by Associated Press Aug 14, 2014 12:00 am
President Barack Obama says the U.S. has broken militants' siege on Iraq's Sinjar Mountain, but that airstrikes will continue.

Speaking Thursday at Martha's Vineyard in Massachusetts, Obama said U.S. operations helped thousands of civilians flee down the mountain, and that it's unlikely that more airdrops of food and water will be needed.

The self pro-claimed Islamic State of Iraq and al-Sham's (ISIS) advance in Iraq has driven thousands of people from their homes.

President Barack Obama touched on the protests that erupted after the shooting death of an unarmed black teenager in Ferguson, Missouri. Obama said there was no excuse for the use of excessive force by police and no excuse for violence against the police.

In brief remarks near his vacation spot in Martha's Vineyard, Obama said he wants an open and transparent investigation of the shooting death of 18-year-old Michael Brown, so that justice is done.

He also said police shouldn't be arresting and bullying journalists who are doing their jobs. Two reporters were taken into custody and briefly jailed Wednesday evening in the St. Louis suburb.