Twitter suspends 'Anonymous' revealing info on Ferguson shooting in the US 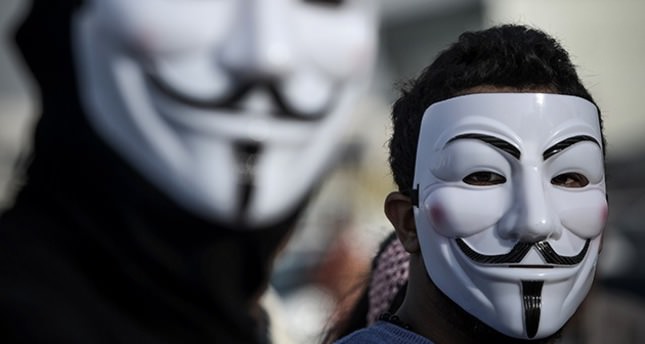 by Daily Sabah Aug 15, 2014 12:00 am
Twitter account of hacking group 'Anonymous' was suspended by the site administration for announcing the name of the police officer who allegedly shot Michael Brown in Ferguson, United States and for threatening to publish the officer's photo and address if the Ferguson Police Department failed to confirm the allegation.

According to news sources, Twitter in an official statement has expressed that according to their rules Twitter does not allow its users to "publish or post other people's private and confidential information" or "publish or post direct, specific threats of violence against others."

Likewise, the Police Department has stated that the person accused by Anonymous is not a police officer but is a dispatcher instead who has not been involved in any shootings anywhere.

On the other hand, Anonymous has opened another account called "TheAnonMessage2" and has stated that Anonymous will not be silenced, while claiming that censoring is "an act of war."

Anonymous has called on the people of Ferguson to take it to the streets and protest the killing of Brown, who was an 18 year old unarmed African-American controversially shot by a police officer a number of times and left his body on the sidewalk for hours. On their Twitter account, they have claimed that they acquired police dispatch tapes, which they have partially released through YouTube. "#Anonymous has obtained audio files of police dispatch and EMS during the #MikeBrown shooting," the account stated.

The people of Ferguson have protested the incident and accused Ferguson police of racism, while the police have violently responded to peaceful protestors by firing teargas and rubber bullets, and briefly detaining two American journalists.