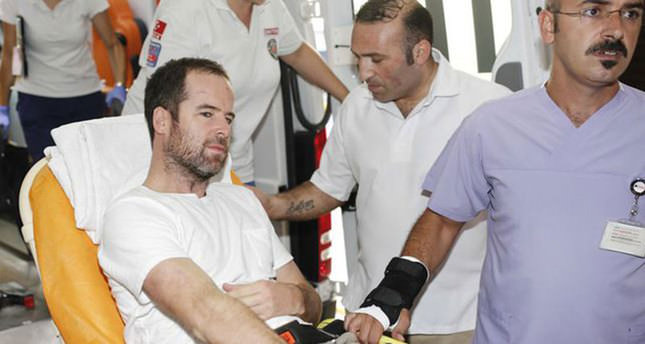 by Daily Sabah Aug 16, 2014 12:00 am
New York Times publisher Arthur Sulzberger Jr. sent a written message to Dr. Fuat Oktay, president of the Disaster and Emergency Management Authority (AFAD) of Turkey, for transferring reporter Alissa Rubin and photographer Adam Ferguson from Zakho, Iraq to Istanbul for treatment after a deadly helicopter crash on August 12, 2014. While the pilot of the Russian-made Mi-17 helicopter, carrying U.S. humanitarian aid to the Yazidi community on Mount Sinjar, lost his life in the accident, an estimated 25 passengers, including Yazidi parliamentarian Vian Dakhil who was subsequently transferred to Istanbul, survived the crash. The authorities have stated that Rubin remains in a critical condition while Ferguson has fully recovered from the accident.

In his letter, Sulzberger Jr. thanked the Turkish government "for the exceptional work [of AFAD personnel on the ground and at the organization's Ankara headquarters]" and praised the Authority for successfully completing a late-night evacuation of the two journalists.

Having visited the New York Times journalists in Istanbul on Friday, the AFAD president said he would like to thank his entire staff for their sacrifice and determination, and reiterated the Turkish government's commitment to providing humanitarian aid to all victims of the Iraq crisis including the Turkmens and the Yazidi community.

In response to the rising number of internally displaced persons (IDPs) in Iraq over the past months, AFAD crews, in cooperation with local authorities, have begun to build three camps near Duhok for over 35,000 IDPs in addition to providing food, temporary shelters and hygiene kits since the Islamic State of Iraq and al-Sham (ISIS) captured Mosul on June 10, 2014. 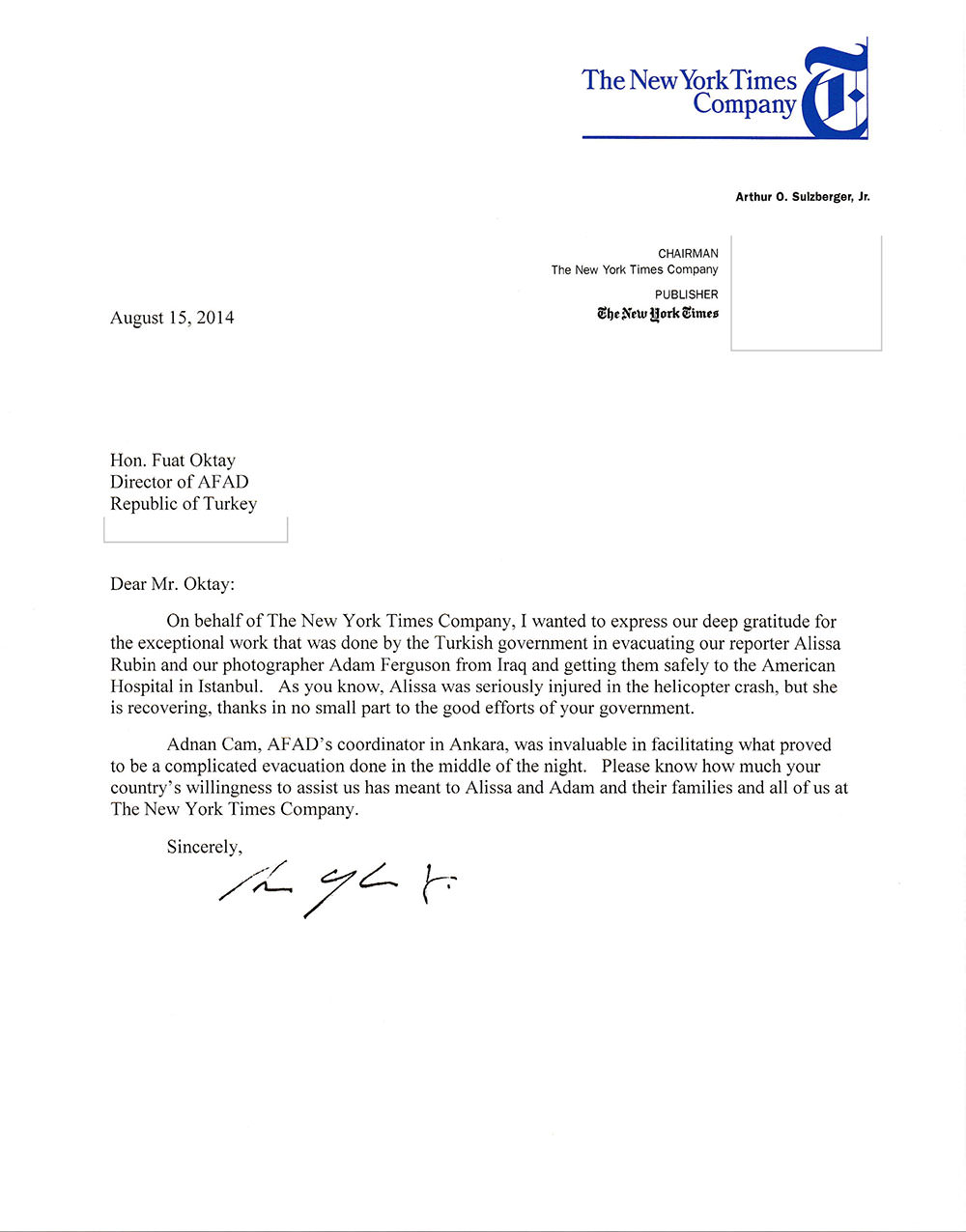