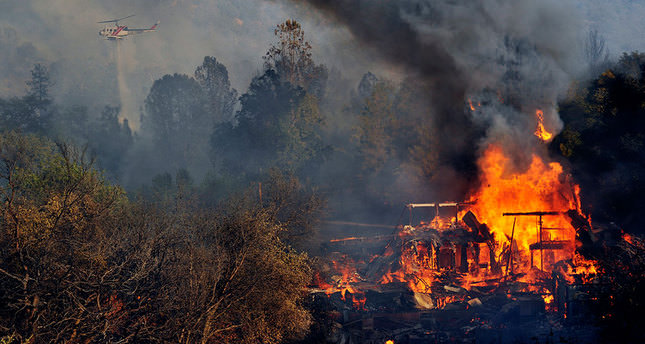 by Associated Press Aug 19, 2014 12:00 am
Authorities say a brushfire has prompted widespread evacuations in a Central California foothill community.

Erica Stuart, a spokeswoman for the Madera County Sheriff's Office, said Monday that more than 1,500 residents and guests at four hotels near the community of Oakhurst have been advised to seek shelter in town. Oakhurst is about 16 miles away from an entrance to Yosemite National Park.

Stuart says nearly 3,000 residents were notified by phone of the fire but not all of those people were told to leave their homes.

There have been no reports of injuries or destroyed buildings.

A surging wildfire in Kern County some 50 miles northeast of Bakersfield is also threatening buildings and bringing evacuations, but it wasn't immediately clear how many.