Missile sale to Turkey causes conflict in US 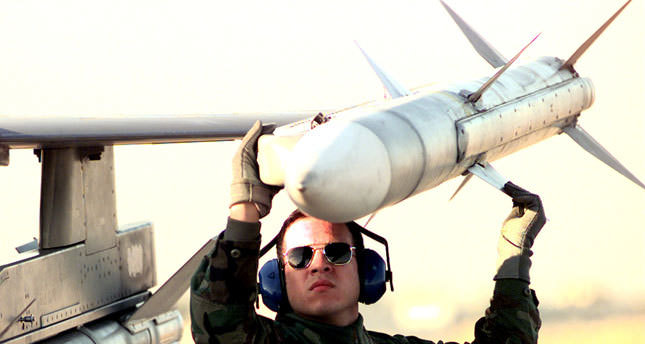 "Why is President Obama selling or transferring AMRAAMs," missiles, "to Turkey and holding up Hellfires to Israel?" Cruz tweeted yesterday.

The State Department immediately responded to this question and defended Obama administration's "unprecedented" security relationship with Israel. "This administration across the board, has provided more funding for Israel's security than any in history, including providing an additional $225 million in Iron Dome funding" said Deputy Spokesperson Marie Harf. She said that Turkey is also a NATO ally and the United States gives much importance to NATO alliance, especially in the midst of the Ukrainian crisis and Russian acts in the region. "We think it is important to provide our NATO allies with resources." She added.

The Turkish Air Force (TAF) intended to obtain these missiles to modernize its inventory, which will support its own air defense needs and improve its interoperability with the U.S. and other NATO allies. U.S. Defense Security Agency said that the missiles would be used on the TAF's F-16 aircrafts and would maintain the TAF's air-to-air capability to defend its extensive coastline and borders against future threats.

The Agency also highlighted that the proposed sale of the equipment and support would not alter the basic military balance in the region.