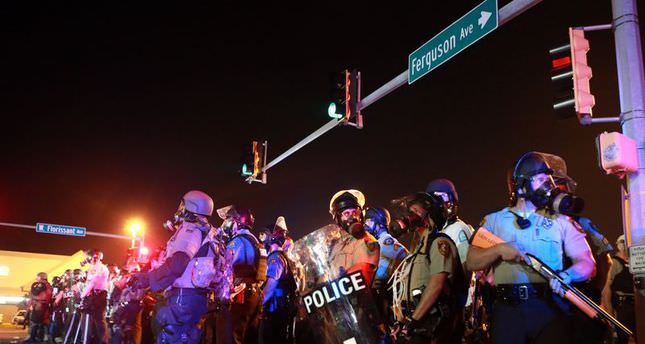 by AA Aug 19, 2014 12:00 am
A knife-wielding man was shot and killed by two U.S. police officers Tuesday afternoon just miles from the scene of a fatal shooting that ignited racial tensions outside of St. Louis over a week ago.

According to police, the man was acting erratically when he came within a couple of feet of the officers who shot and killed him.

Dotson said that the suspect was described as a 23-year-old black man.

The victim, who has not yet been identified, is suspected of robbing a nearby convienience store.

Neither of the officers was injured in the confrontation.