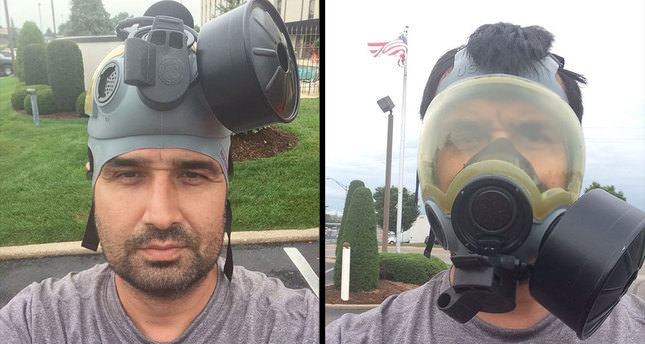 by AA
Aug 20, 2014 12:00 am
Turkey has denounced the mistreatment and detention of an Anadolu Agency journalist by police while covering protests in Ferguson.

Foreign Ministry spokesman Tanju Bilgic said on Wednesday that journalists should be able to carry out their duties freely as a basic condition of press freedom.

"The treatment the AA [Anadolu Agency] journalist is unacceptable and we expect the U.S. authorities to behave more responsibly," he added.

Journalist Bilgin Sasmaz was threatened, manhandled and detained for five hours by police while reporting from the St Louis suburb.

"I was threatened by the police officer: 'I will kill you if you try to shoot a video again," Sasmaz said.

As he continued filming from among the crowd, he was grabbed, manhandled and forced to kneel, causing his knees to bleed, despite identifying himself as a journalist.

He was handcuffed and his video camera taken before being taken to a police station and searched. Sasmaz said his camera was damaged.

Amnesty International said on Wednesday that police officers had used excessive force against demonstrators protesting over the fatal shooting of black teenager Michael Brown. The human rights group urged an end to police violence in Ferguson.

It was the first time the organization had sent observers to work in an American environment.

The Freedom of the Press Foundation reported that at least 13 journalists have been arrested in Ferguson, Missouri, since the protests began.