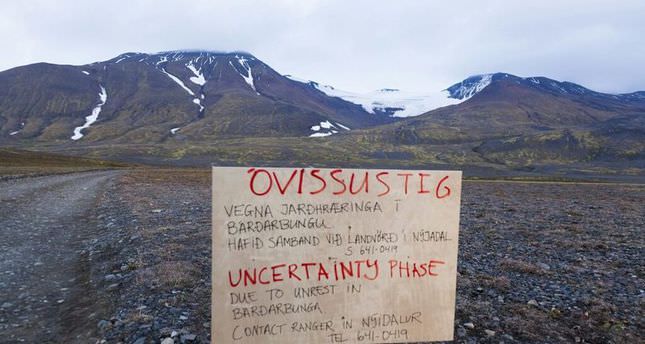 by Associated Press Aug 24, 2014 12:00 am
Iceland has lowered its aviation alert level to orange from red, saying there is no sign of an eruption at the Bardarbunga volcano.

The Civil Protection Department says seismic activity continues at the subglacial volcano, which has been hit by thousands of earthquakes over the past week.

Iceland had raised the alert Saturday to red, the highest level, warning that an ash-emitting eruption could be imminent.
Last Update: Aug 24, 2014 4:10 pm
RELATED TOPICS