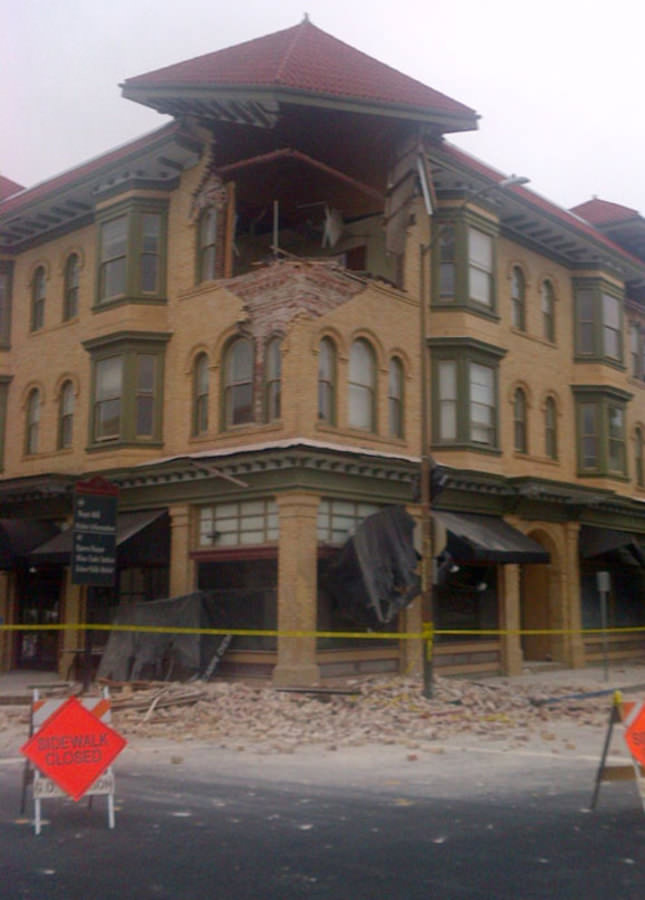 by Aug 24, 2014 12:00 am
A strong 6.1-magnitude earthquake rocked northern California early Sunday, seriously injuring two people, igniting fires and buckling roads in the scenic Napa valley wine region. California Gov. Ed Brown declared a state of emergency for Napa, Solano, and Sonoma counties. The US Geological Service said that the quake was the most powerful to hit the San Francisco Bay area since the 1989 6.9-magnitude Loma Prieta earthquake.

No deaths were reported but the Napa City Fire Department said two people suffered serious injuries after the quake struck at 3:20 am. A family home caught fire and two more blazes struck a mobile home park, it said.

Queen of the Valley Medical Center in Napa told AFP it had treated some 89 patients for minor injuries such as cuts and bruises and that all were "non-life threatening." There were also widespread reports of power outages, damaged buildings and cracked roads.

The quake struck near American Canyon some 40 miles (64 kilometers) northeast of San Francisco, the USGS said. It roused people from sleep as far away as San Francisco, and was felt as far east as Sacramento and as far south as Santa Cruz.

Dorothy Roberts, Napa city clerk, told AFP multiple reports of structural damage had come in and that brick buildings in particular had been hard-hit.

USGS issued an "orange alert" for possible damage, a rating which means "significant damage is likely and the disaster is potentially widespread."

The California Highway Patrol closed several off-ramps to highways and at least two roads in Napa Valley because of "significant roadway damage." Drivers were cautioned to be careful at an intersection of two state roads in Napa Valley. "Cracks in road may cause flat tires," it said on its Twitter account.

The highway patrol closed a bridge near Vallejo on Highway 37 while inspecting for possible damage, KCBS reported. And power was still knocked out to nearly 30,000 customers in the area, home to California's most celebrated wine producing regions, according to the Pacific Gas and Electric Company. It said it had sent crews out to assess the damage and restore power, and estimated electricity would be back up within several hours.

USGS expert Jessica Turner told KCBS radio that aftershocks of up to 5.0 are likely in the next week. Two aftershocks registering 2.6 and 3.6 magnitude had already been recorded. "Anytime we have an earthquake, whether it's magnitude 6.0 or smaller, they serve as a good reminder that we do live in earthquake country and need to be prepared," USGS spokeswoman Susan Garcia told AFP.

Ceebee Thompson and Jack Fairchild were shaken from slumber to see chandeliers swinging and cabinets flung open in their house in the Wine County town of Calistoga about 30 miles from the quake's epicenter.

"That was pretty scary," Thompson said. "I've been in an earthquake in Oakland and a nasty one on Guam, and this was right up there with the one in Guam." She described the quake as a long rolling shudder of the earth's crust, marked by jolts.

Ann Marie Christy wrote that her mother, also in Napa, said the shaking "was very violent with a lot of broken glass". And in San Francisco, Om Malik posted "Damn, woke me up. Was super long." Further north, Tim Kerbavaz tweeted: "Felt it in Davis too. Quite long."