Turkey to strengthen relations with Africa 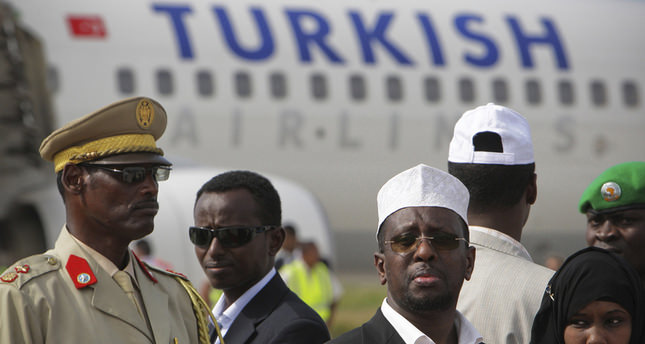 by AA Aug 27, 2014 12:00 am
Turkey hopes to establish a "win-win" partnership with Africa that would strengthen bilateral economic and diplomatic ties, Turkish Ambassador to Cameroon Ömer Faruk Doğan said Wednesday.

"Turkey is keen on using its experience and expertise to support the proposed development of the African continent," Doğan told Anadolu Agency.

Turkey is currently preparing for a second Africa-Turkey summit, scheduled for November in Malabo, capital of Equatorial Guinea.

"Africa needs to be developed independently and we have the experience to support this," Doğan said.

"The arrival of Turkish Airlines in December 2012 allowed all Cameroonians who move to the West to save at least between 400 and 900 euros, whereas previously each user had to pay at least 1,700 euros," the diplomat added.

Doğan asserted that the recent electoral victory of Turkish President-elect Recep Tayyip Erdoğan would serve to "strengthen relations between Cameroon and Turkey."

"Bilateral agreements will increase in order to attract the attention of Turkish investors and bolster the emergence of Cameroon," he added.

In August 2008, Turkish authorities-in hopes of promoting better relations with Africa-received delegations from 50 countries for the first African-Turkish summit.