We do not have a strategy against ISIS, says Obama 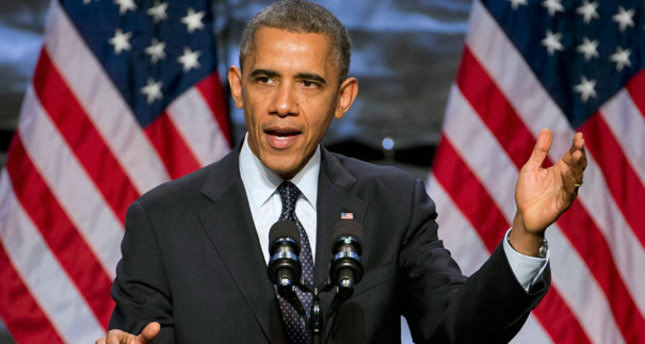 by Daily Sabah Aug 30, 2014 12:00 am
U.S. President Barack Obama, touching on the possible airstrikes in Syria against Islamic State of Iraq and al-Sham (ISIS) targets, said that "we do not have a strategy yet." He spoke shortly before convening a meeting of his national security advisers to discuss a range of Pentagon options for confronting ISIS.

It was reported that the Pentagon said Obama was considering military action in Syria similar to the action taken by the U.S. in Iraq. The president said "I think that is not just my assessment, but the assessment of our military, as well. We need to make sure that we have got clear plans, that we are developing them." The statement appeared certain to open up Obama to criticism from Republicans, who have complained for months that the president lacked a broad strategy for confronting militants in Iraq and Syria, according to an Associated Press report. Obama underlined the need for a "regional strategy" and demanded the cooperation of other states in the region. "They have no ideology beyond violence and chaos and the slaughter of innocent people," Obama said.