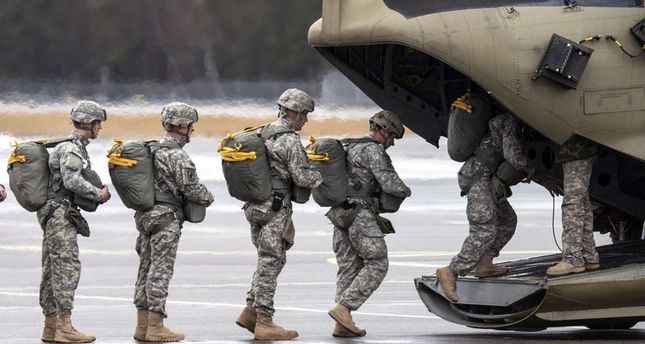 by AA Sep 03, 2014 12:00 am
U.S. President Barack Obama Tuesday authorized a State Department request to send an additional 350 military personnel to Baghdad, 'to protect our diplomatic facilities and personnel in Baghdad,' according to a statement from the State Department.

"These additional forces will not serve in a combat role," according to the statement from State Department Spokeswoman Jen Psaki.

The latest additions bring the number of U.S. military personnel recently deployed in Iraq to over 1,000, as diplomatic security or military advisers to Iraq's security forces.

The decision to deploy troops was taken with the recommendation of the Department of Defense after an interagency review.

In early June the armed groups affiliated with the self-proclaimed Islamic State of Iraq and Al-Sham plunged in Iraq and moved to Iraqi capital Baghdad taking over several cities on the way. Since then Obama administration has deployed more than 775 troops in Iraq to protect U.S. diplomatic facilities and advise the Iraqi army.

"The President authorized the Department of Defense to fulfill a Department of State request for approximately 350 additional U.S. military personnel to protect our diplomatic facilities and personnel in Baghdad, Iraq," said a fuller statement.