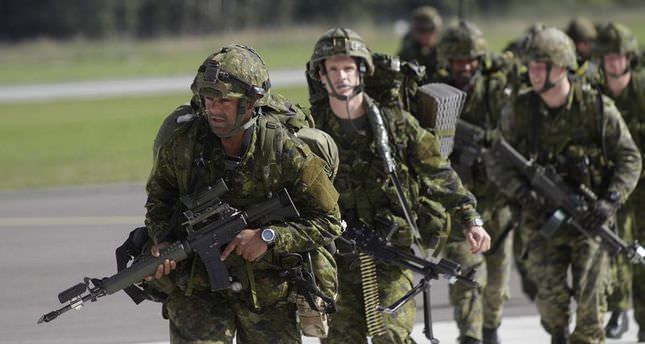 by AA Sep 11, 2014 12:00 am
Following U.S. President Barack Obama's announcement Wednesday that the U.S. would expand the scope of its military mission against the self-proclaimed Islamic State of Iraq and al-Sham (ISIS), Secretary of Defense Chuck Hagel said that the American military is prepared to carry out the mission.

"The men and women of the U.S. Armed Forces are ready to carry out the orders of our commander-in-chief, to work with our partners across government, and to work with our friends and allies around the world to accomplish this mission," Hagel said in a statement following Obama's nationally televised address.

Hagel added that U.S military action alone is not enough to put down the militant group, stressing that Iraq's leaders must govern inclusively.

Roughly 475 additional U.S. forces will head to Iraq in the next week or so, said Pentagon press secretary Rear Adm. John Kirby. Of those, 150 will advise and assist Iraqi security forces, 125 will carry out intelligence, surveillance and reconnaissance flights, and 200 will coordinate U.S. military activity in Iraq.

A senior defense official who was not authorized to speak publicly on the matter said, "The U.S. military is ready to conduct direct action against ISIS targets in Syria. Decisions about when to conduct these actions will be made at a prudent time as we continue to prosecute our comprehensive strategy against these ISIS terrorists."

The U.S. has so far carried out more than 150 air strikes against the group's targets in Iraq.