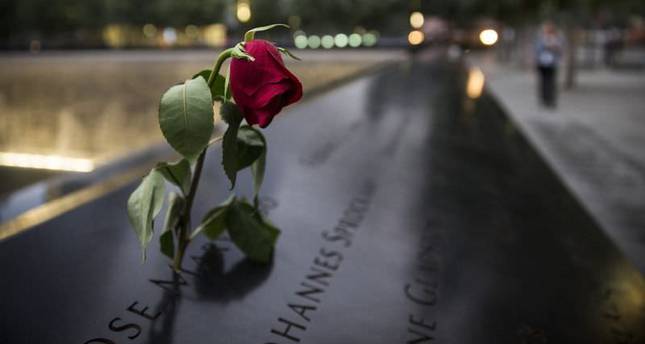 by Sep 11, 2014 12:00 am
Politicians, dignitaries and victims' relatives are gathering in New York, Washington and Pennsylvania to commemorate the nearly 3,000 people killed in al Qaeda's attack on the United States 13 years ago on Sept. 11.

In what has become an annual ritual, the names of the victims will be read aloud at a ceremony in lower Manhattan, punctuated by moments of silence to mark the times when each of the four hijacked airliners crashed and the World Trade Center's twin towers fell.

President Barack Obama is due to speak at the Pentagon during a private ceremony for relatives of the people killed in the attack on the headquarters of the U.S. Defense Department by the militant group.

In New York City, it is the first commemoration ceremony since the opening of the museum at the National September 11 Memorial, along with the adjoining repository for unidentified victims' remains.

The area, by turns a smoldering grave and an off-limits construction site for more than a decade, now is increasingly reconnected with the surrounding streets as rebuilding at the site nears completion.

Although the reconstruction has been plagued by delays, two of the new skyscrapers built around the site of the fallen twin towers are now open, while 1 World Trade Center, the tallest skyscraper in the Western Hemisphere, is due to open later this year.