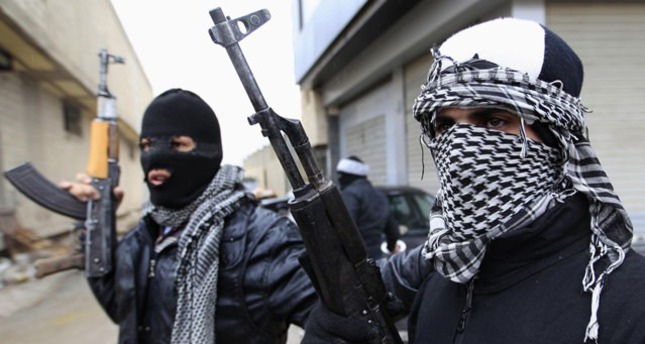 by Daily Sabah Sep 20, 2014 12:00 am
The U.S. Senate approved President Barack Obama's plan to train Syrian opposition groups following the U.S. House of Representatives authorization to provide training and equipment to moderate Syrian opposition groups in their fight against the Islamic State of Iraq and al-Sham (ISIS). Obama said that he was pleased for the strong bipartisan support in the U.S. Senate and is now expected to sign the bill. "These Syrian opposition forces are fighting both the brutality of ISIS and the tyranny of the Assad regime.

We had already ramped up our assistance, including military assistance, to the Syrian opposition," Obama said. "This program will be hosted outside of Syria, in partnership with Arab countries, and it will be matched by our increasing support for Iraqi government and Kurdish forces in Iraq," he added. The first authorization to arm opposition groups in Syria was approved by Obama on June 26 under a $500 million (TL 1.11 trillion) program.
Apart from Syria, amid forming a core coalition against ISIS, the U.S. has also continued its strikes in Iraq where ISIS militants have taken large swathes of land. Since Aug. 8, U.S. aircraft have reportedly carried out at least 170 airstrikes targeting ISIS.
RELATED TOPICS