US welcomes the rescue of Turkish hostages 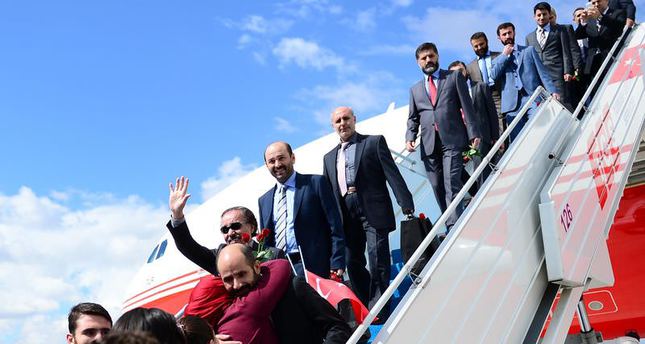 by AA Sep 21, 2014 12:00 am
The U.S. welcomed on Saturday the release of nearly 50 Turkish hostages held by the self-proclaimed Islamic State of Iraq and al-Sham (ISIS) in Iraq since June.

"We welcome their release and are pleased they will soon be reunited with their families," National Security Council spokeswoman Caitlin Hayden said in a statement sent to The Anadolu Agency.

Turkish Prime Minister Ahmet Davutoğlu said that 49 hostages who were held by the ISIS in the northern Iraqi city of Mosul have been freed and brought back to Turkey Saturday morning.

They were kidnapped from the Turkish consulate in Mosul on June 11, a day after ISIS took control of Iraq's second-largest city.