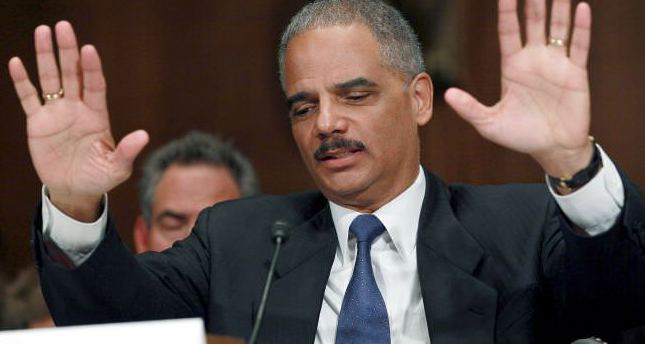 As a civil rights defender in the U.S., Attorney General Eric Holder said he would step down from his top law enforcement post as he previously indicated he would at the end of 2014

U.S. Attorney General Eric Holder, the first African-American to hold the top law enforcement post declared his resignation from the Obama administration. In the nearly six-years at the post he made significant improvements in civil rights issues while engaging in frequent fights with Congress as one of the nation's longest serving attorneys general. As a powerful civil rights voice at the times of civic unrest in Ferguson, Missouri, his resignation has sparked deep sadness in the Obama administration.

U.S. President Barack Obama paid a personal tribute to Holder at a White House ceremony on Thursday describing him as "an example of justice." Pointing out a long list of accomplishments in civil rights, counterterrorism, and crime reduction, Obama praised Holder's accomplishments during his tenure. Speaking at the ceremony, Holder said, "We have been great colleagues, but the bonds between us are much deeper than that. In good times and in bad, in things personal and in things professional, you have been there for me," referring to his friendship with President Obama.

Senate Republican minority leader Mitch McConnell issued a statement on Holder's resignation blaming the attorney general of "placing ideological commitments over a commitment to the rule of law." Holder faced severe criticism over his nomination to the most significant law enforcement position. Long before he took office, McConnell was long opposed to his nomination to the post. During his time in office, Holder received dozens of calls for his resignation from Republicans who harshly assessed his tenure.

He has agreed to stay in his post until a successor who can tackle a long list of challenges at the Justice Department is confirmed. Yet, the confirmation of a new attorney general is a complicated issue. As mid-term elections for the Senate and House of Representatives in November become nearer, whether or not Republicans will win control of the Senate is of crucial importance.

Regarding the criminal inquiry into the police shooting of Michael Brown, Holder visited the conflict-torn community in order to assure the citizens of Ferguson of the rigor of the investigation into the shooting death of Michael Brown amid fears that the case would not be investigated fairly. Given his role in civil rights matters, he said that there is a growing mistrust toward police departments among black communities as many have been targeted because of their race. Holder assured that justice would be upheld in the Michael Brown case.

The shooting by police of the unarmed 18-year-old, Michael Brown, in August in Ferguson led to demonstrations against the police as many angry African-Americans took the street to protest the police shooting. The largely peaceful demonstrations against the Ferguson police's use of excessive force had turned the Missouri town into a battle zone. The apparent excessive use of force and civil rights violations by the Ferguson Police Department remained a significant matter that remains unresolved. However, before Holder's departure from the top post at the Justice Department, the probe is unlikely to be concluded.

Meanwhile, two days before Holder's resignation, gunshots were reported at Michael Brown's memorial, which mysteriously caught on fire, alarming Ferguson police that protests could erupt again. The fire started around 6:45 a.m. on Tuesday and resulted in the arrest of at least two protesters. About 200 people reportedly gathered on the street where Michael Brown was shot with the aim of protesting the Ferguson police's brutality toward the Ferguson community.

Eric Holder took office at 2009 but was first named as a U.S. attorney in Washington, D.C. in 1993 by Ronald Reagan and served as deputy attorney general during the Bill Clinton administration.