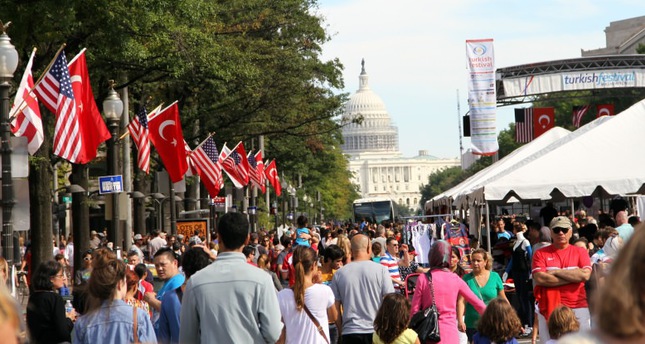 by AA Sep 29, 2014 12:00 am
Turkey's culinary delights were sampled by thousands of Washington residents on Sunday at the one-day-long 12th Turkish Festival.

Not only could festival goers drink Turkish coffee, they could also get their fortune told from the coffee grounds during the festival which was held at Freedom Plaza, two blocks from the White House.

The festival is organized by the American Turkish Association of Washington D.C. (ATA-DC), in cooperation with the Turkish Tourism Office, Turkish Airlines and several other organizations.

For the third year in a row, readers of the Washington City Paper named the 2013 Turkish Festival "Best Cultural Festival" in Washington D.C.