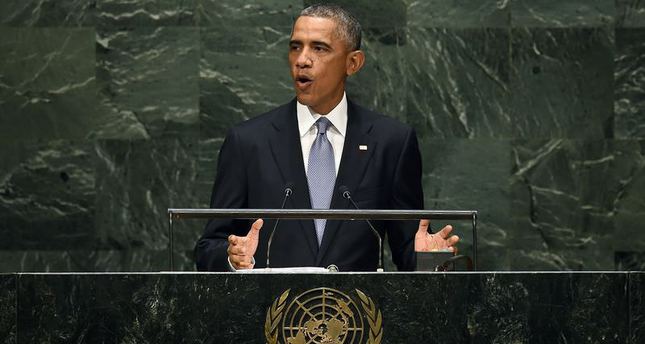 U.S. President Obama, who is under fire from Republican opposition for being reluctant to prevent growth of extremist groups, confesses that the U.S. made mistake on ISIS

He explained the al-Qaida group in Iraq went underground after the U.S. squashed them with the help of Sunni tribes, but over the past couple of years, during the chaos of the Syrian civil war, which left huge swathes of the country ungoverned, they were able to reconstitute themselves and take advantage of the chaos. As the group attracted thousands of foreign fighters, Obama said Syria "became ground zero for jihadists around the world." He also noted that as the militants were expunged from the Iraqi military after Saddam Hussein's fall, they have a "traditional military capacity."

"That's why it's so important for us to recognize part of the solution here has to be through military means," he said.

When it comes to Iraq, he said the U.S. left Iraqis "with a democracy that was intact, a military that was well-equipped and the ability then to chart their own course." However, he added "that opportunity was squandered over the course of five years or so because the prime minister, [Nouri al] Maliki, was much more interested in consolidating his Shia base." He claimed that it would take generations to overcome the political intolerance within Iraq and the Middle East, and said they have now created an environment in which youth can make a change.

Touching on the bill that authorized Obama to arm and train the "moderate" Syrian opposition, the president said Syria's Bashar Assad should go, but ISIS now presents a more immediate threat, which has to be dealt with.

"We are not going to stabilize Syria under the rule of Assad because the Sunni areas inside of Syria view Assad as having carried out terrible atrocities," Obama said. "On the other hand, in terms of immediate threats to the U.S., ISIS and the Khorasan group (a group of al-Qaida veterans who have moved into Syria) those folks could kill Americans."

The airstrikes carried out by the U.S.-led anti-ISIS coalition have continued to pound ISIS targets in Syria. The Local Coordination Committees of Syria said the ISIS headquarters in Raqqa, in northern Syria, and in Deir ez-Zor were bombed. The group further reported that ISIS centers in Ratleh and Tal Abyad were also bombed. It was also reported by local sources that the U.S. and the warplanes of other members of the coalition have targeted ISIS-held oil refineries near the Turkish border and in Deir ez-Zor.