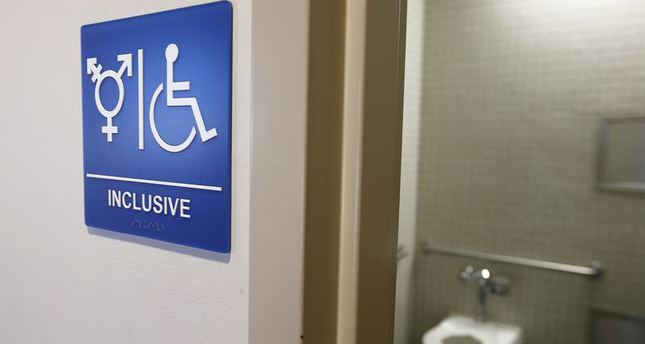 by Oct 01, 2014 12:00 am
The University of California will designate gender-neutral restrooms at its 10 campuses to accommodate transgender students, in a move that may be the first of its kind for a system of colleges in the United States.

University of California President Janet Napolitano's office said in a statement on Monday that the action stems from an effort to make the system more welcoming to lesbian, gay, bisexual and transgender students.

Under the plan, all single-stall restrooms at University of California campuses will be converted to gender-neutral facilities, officials said, and newly built and renovated campuses will also have such accommodations that can be used by everyone.

University of California officials do not have details on how many single-stall restrooms exist at the system's 10 campuses, which in total serve about 238,000 students, nor how much it will cost to convert them, said Brooke Converse, a spokeswoman for the system.

A slightly different policy already exists for students in the state's kindergarten through grade 12 system after California last year approved the first state law in the United States requiring public schools to allow transgender students to choose which restrooms they want to use.

University of California appears to be the first university system to move to designate bathrooms as gender neutral at all its campuses, Genny Beemyn, coordinator of the trans policy clearinghouse for the LGBT group Campus Pride, said in an email.

The recommendation was made by an LGBT advisory panel that Napolitano established in June.

In another change Napolitano has pledged to implement, students who have not legally changed their name will be allowed to use a different one on certain campus records, officials said in a statement. The step is expected to help transgender students with a male or female given name who want to use a different name.