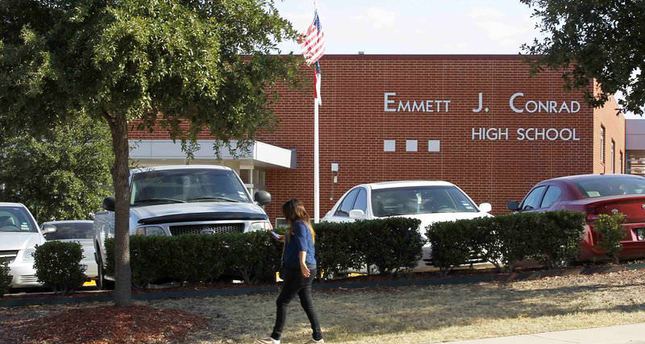 by Oct 02, 2014 12:00 am
Health officials in Texas are monitoring 100 people for signs of Ebola Thursday and ordered four "close family members" to stay home as authorities investigate the first confirmed US case of the disease.

The patient, who was reportedly identified as Thomas Eric Duncan, traveled from Liberia to Texas in September and began showing symptoms nearly a week before he was formally diagnosed and isolated, raising concerns over how many others may have been exposed.

Health authorities said they were monitoring a list of about 100 people who had some level of contact with Duncan.

"Out of an abundance of caution, we're starting with this very wide net, including people who have had even brief encounters with the patient," the Texas Department of State Health Services said on its press office Twitter account.

"The number will drop as we focus in on those whose contact may represent a potential risk of infection," it added.

Meanwhile, the four family members will be legally required to stay home without visitors until October 19.

They will also be required to provide blood samples, agree to any health testing, and report any symptoms of Ebola, including fever, muscle aches, vomiting and diarrhea.

"We have tried and true protocols to protect the public and stop the spread of this disease," David Lakey, Texas health commissioner, said in a statement.

"This order gives us the ability to monitor the situation in the most meticulous way."

The infected man was sent home from a hospital on September 26, admitted two days later, but only formally diagnosed with Ebola on September 30.

A person can become sick with Ebola up to 21 days after exposure. However, infected patients are only contagious once they start showing symptoms, and the virus can only spread through direct contact with bodily fluids.

Duncan's nephew, Josephus Weeks, told NBC News on Wednesday that he called the US Centers for Disease Control and Prevention on September 28 over concerns his uncle was not getting proper care.

"I called CDC to get some actions taken, because I was concerned for his life and he wasn't getting the appropriate care," Weeks said.

"I feared other people might also get infected if he wasn't taken care of," Weeks told NBC via Skype.

An official at the hospital where Duncan is being treated said Wednesday the patient had told a nurse at his first exam on September 26 that he had recently traveled to Africa, which, coupled with his symptoms, should have immediately prompted the hospital to consider Ebola.

"Regretfully, that information was not fully communicated throughout the full team," said Mark Lester, executive vice president of Texas Health Resources, and the information was sent home because the medical team "felt clinically it was a low-grade common viral disease."

West Africa is struggling to contain the world's largest outbreak of the deadly hemorrhagic virus in history, which has taken more than 3,000 lives already this year.