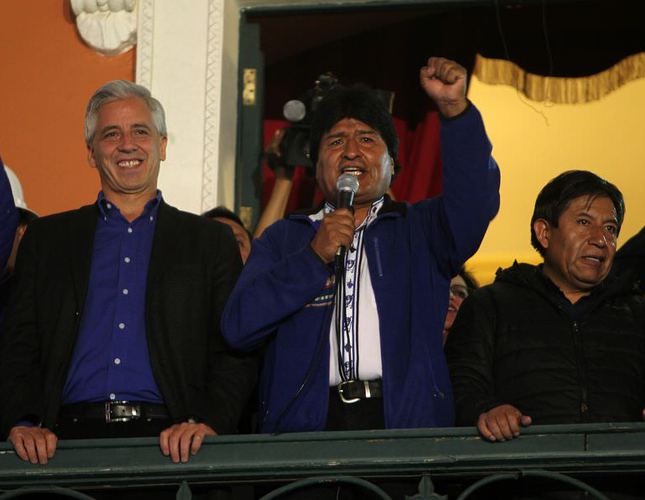 by Oct 13, 2014 12:00 am
Evo Morales won a third term as Bolivia's president with a landslide win in Sunday's election, according to an exit poll released by local TV station Unitel. The poll showed Morales, a prominent member of the bloc of socialist and anti-U.S. leaders in Latin America, winning 61 percent of the vote. His closest rival, Samuel Doria Medina, won 24 percent. Morales had been expected to trounce the opposition. The former coca grower has promised to consolidate his brand of "indigenous socialism" that has extended the role of the state in a booming natural gas-powered economy.